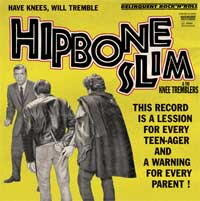 "Anybody who never saw Margaret, Christine and Dan live can’t imagine how sexy and full of soul their shows are. But the next best thing to catching them in person is to grab these two great DVDs.

Demolition Doll Rods Live at Fortune Records is, without doubt, one of the coolest concepts for a recording I’ve ever witnessed - my friend Sean reckons “it’s so cool, you could keep beer on it”. It goes like this : the group drove down to the old Fortune Records shop/factory. Well in fact, the place where Fortune used to be: a wall with open door and windows and playing songs by Dr Ross, John Lee Hooker, Nolan Strong & The Diablos … to the delight of the public (2 passers by and a dog !). The band also proudly show their original copies of the records they covered.

Perhaps this indicates the direction that DDR music is taking. I wouldn’t be surprised to find some of these songs from this on their forthcoming album (please DDR, maybe consider doing other Detroit soul greats like something by The Falcons or maybe The Ohio Untouchables).

Demolition Doll Rods Live at the Perineum (great title !) is both a retrospective of shows (1993-2003) and a collection of rare songs. Some covers - Velvet Underground (“Heroin”, “What Goes On”), Rolling Stones (“I’m Free”, too bad “Stray Cat Blues” isn’t included, this song fits the band so well) but most of the songs are originals sung by Dan. The quotes on the cover suggest that the material is from gigs that have been recorded by fans over the years. Not professional quality but who cares, this is real rock’n’roll, not prog.

It would be great to see more rare material for sale officially. Maybe that killer show from the Empty Bottle, Chicago, 8/24/2000 or this the Magic Bag shindig from 1998. Here’s hoping…"
Posted by Lindsay Hutton at 7:08 AM 2 comments:
Newer Posts Older Posts Home
Subscribe to: Posts (Atom)