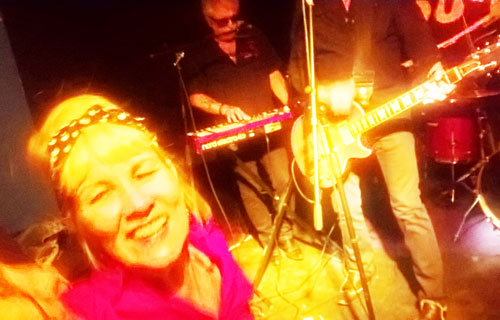 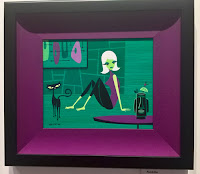 Thursday was supposed to be a quiet one. It started with a saunter that took in La Fiambrera to catch the SHAG exhibit. To see this stuff on a screen and in books or even prints is one thing but in person, it’s truly something. The much sought after “Spirit of 76” artists proof was there and the originals are more vibrant than a supremely vibrant thing. Munster and WEIRDO BAR! were next and I ended up at Wurli while the show was still going full pelt. This one had a hardcore flavour but all of the bands went way over that ideal HC 18 minute set limit by quite a margin. I could hear the racket from the street so that was close enough. GAS Drummers sounded particularly reasonable from that proximity.

Thanks to the Jägermeister/Mahou/stellar company combo, any notion of an early night hit the skids. I would never have touched Jäger before I visited the Wurlitzer but their magic temperature machine serves it at just the right viscosity for such a medicinal compound. And who could realistically say no to those J-girls? I mean, really!?

So Friday was a little woozy and I was late in setting out. A late lunch at Restaurante Cantalejo with Eva, Murky and Nickie was a nice way to recharge. I recommend the albóndigas. 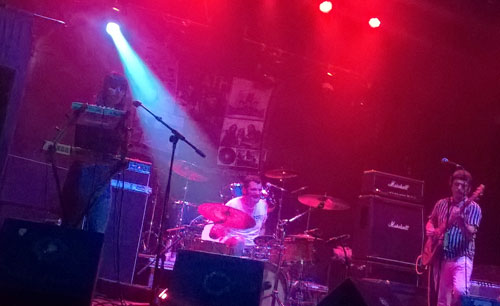 Alvaro Wurli kindly schlepped me along to see DEATH who were playing at Sala Caracol. We got there in time to catch the last 4 songs by The Zelators who are the best “new” thing that I’ve seen in a long time. Combining the bass-tastic whoosh of Mysterious-era Rezillos with The Comateens to arrive at a crazy cocktail of futuristically backdated fizzy pop, I really thought they were good. DEATH on the other hand were entertaining but not my Santa Claus by any means. I know the story, haven’t seen the film and the record I’d heard was at the Hendrix end of the MC5. Imagine BŐC interpreted by Prince, good if that sort of thing floats your boat but I’d just seen and heard the very agreeable racket that The Zelators make though. My judgement was (living) coloured. 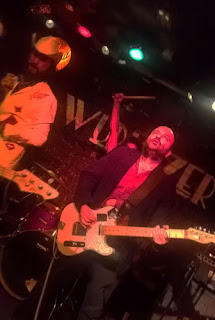 Then all of a sudden, it was show time and to take in the musical program that had been set. Over the next two days both Los Chicos and The Boys would take the stage. I think there could have been a theme emerging here...

Le Moto de Fernan are one of those spirited two person outfits of which a little goes a long way with me. You’re familiar by now that I have no attention span, right? I’d heard Juana Chicharro before when I fell down a bandcamp rabbit hole one evening. They remind me of Desechables with a hint of Flamenco. Relentless and damn good, their record is an accurate account of the atmosphere they whipped up.

Los Wallas verge on the psychedelic and pack quite a twang. For some reason they made me think about The Waterboys but that might have just been the singer’s hat. By that time I’d had a few sherbets. They definitely enjoy their Sergio Leone/Morricone. 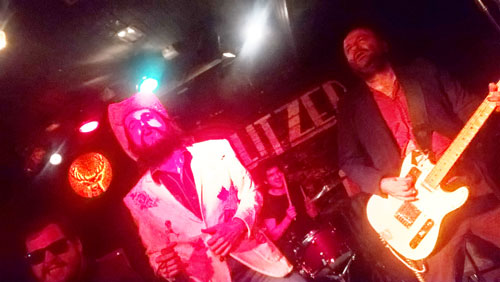 The Chicos are nothing short of incendiary. We hear people rattle on about bands being dangerous but these guys literally live up to that epithet in the most positive sense possible. They were always great but now they’re really cranking out musical kalimotxo that is obviously fuelled by the stuff they neck in no small volume. Robert Rodriguez needs to cast the twins as a kind of Cheech Marin/Tommy Chong on Pacharan in a Netflix original series now. On top of their musical prowess, they are solid entertainers. The show left everyone dazed. I offer the consideration that Los Chicos are better than The Supersuckers were at the peak of their powers give or take a song or three. There. I said it.

After they’d done, the inaugural Wurli blasting of The Dahlmanns “Play It” and “Do You Want Crying” took place. Both sounded majestic in their home away from home. Kent Norberg of Sator is also a member of The Boys now. He was in the house and the last time I’d seen him was in Moss all of this stuff happens for a reason and that notion takes on a whole new dimension when one is pished. I needed to be somewhere sort of early so I left just after 5am, drinking water with the hooch really helps (thanks for the tip Jorge).

All of a sudden it was bloody Saturday. How the hell did that happen?

When I eventually surfaced, I covered a fair amount of terrain. Victor of I Wanna Management hepped me to the fact there was early evening activity in (formerly Groovie) Mongo Sci Fi and Tiki Bar. They were screening Animal House on the TV as mod and r+b blasters blared and I would have liked to have hung around longer but time was literally slipping away.

Grabbed some fine hot pastry from my favourite haunt  - El Cambalache - close to WEIRDO! and Mongo then made my way down to Tres Cruces to meet up with the Robledo Crew. They arrived just as the opening band started. Terrier are local pop youngsters with a penchant for jangle and they sound like Luna in places. On this showing, they have a healthy following. 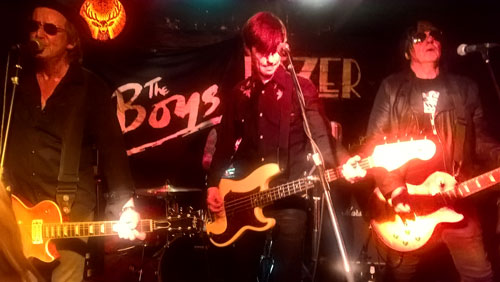 Psychotic Youth had just started when we got in. Juancho told me it was the first time they’d played Spain and this was a one off show. Judging by the reaction, they’ll almost certainly be back. The Boys delivered. I don’t think I’d seen them since they opened for The Ramones at Edinburgh Playhouse. Great to see Kent Norberg of the mighty Sator front and centre with his heroes, he was clearly having a ball as was the packed crowd. I was subjected to a non-stop pummel as I tried to deflect revellers and have the bruises on my arms to prove it. There was a hint of Mott marinated into their performance of songs from their career. Uno highpoint was a local lass getting up and singing "Brickfield Nights" with them. Another hoot was Aku crowd-surfing. That gal is fearless! 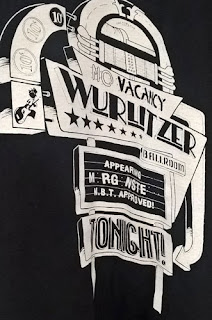 Laura, you were well represented.

It is always a pleasure to hang out with friends and to meet nice folks for the first time, some of whom are heading for Funtastic in just 3 weeks time!

As joints go, this one jumps more than it’s safe to think about. 10 years in the ring and showing no signs of flagging, these shindigs just keep getting bigger and better. When I left a wee bit north of 5.30am on Sunday morning, our hosts and hostess and the Wurli crew had another fiesta to throw. And as I made it out the door a couple of punters came in and broke into spontaneous dancing.

A total surprise and honour was to have NBT immortalised on the birthday t-shirt. An extreme measure of success and muchas gratitude is hereby bestowed upon all who make Wurlitzer tick. Tick. BOOM!
Posted by Lindsay Hutton at 8:23 PM No comments:
Newer Posts Older Posts Home
Subscribe to: Posts (Atom)