SPARE A THOUGHT FOR THE GAL THAT LABOURS ON THE PAGE... 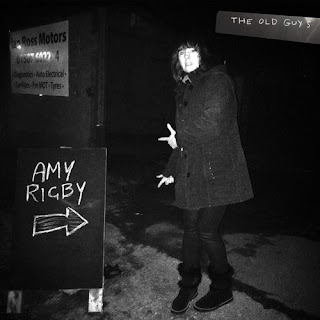 Starting off with “From philip roth@gmail to rzimmerman @ aol.com” it’s evident that these past years playing with Eric has arrived at a sound that really captures the edge that this girl has over the competition. The majesty of the jangle around the bass propulsion is verging on anthemic. Not that she doesn’t have a brace of anthems in the catalogue that trounces most everything but this album has an atmosphere all of its own. It has a Tom Petty-type undertow too and as a  statement of intent, it kicks things off at a damn high bar.

The place of Amy Rigby in the firmament of music is another example of something that people who have no idea of its existence could really do with hearing. If you’ve ever read her blog then you’ll know what this lassie can do with words. Before I even heard “Are We Still There Yet?”, it was one of the best song titles I’ve ever come across and to my mind there's just one person who could come up with it.

Her world-weariness is at once cinematic and also deeply personal. “The Old Guys” really hangs together as a piece where recent albums were perhaps collections of songs recorded where and when she could get it together.

So I could waffle on but I want you to hear how damn great this is for yourself. My favourite on the album is “Bob”. It’s like if maybe Joe Meek had produced Linda Thompson. The brass is spine-tingling and if anything it’s the biggest departure here as she relates the story of her old friend. The closer “One-Off” could be applied to several individuals I know but in terms of characters and entertainers, this Amy is in a class of her own. She may set her sights near the middle or somewhere below but what she comes up with is, to my mind, absolutely revelatory. Still the best. Still the champ.

Check out the tour dates here and if she isn’t coming round your way anytime soon then just order a physical copy here. If it’s a download you need, enquire at her website or wherever such doohickeys are sold.