Posted by Lindsay Hutton at 7:01 PM No comments:

The weekend went by in a blip. Mixed blessing but in my particular case, more of a mixed curse.

The soon to be released to cinemas restoration of The African Queen is cracking and perhaps proof that digital editing can be used for good. Seven years in the process and well worth catching if it plays near you. A sixty year old masterpiece. Angela Allen who worked as continuity girl and even Katherine Hepburn's stunt double here and there during the film. they don't make them like this anymore. Films nor Angela Allen.

The second part of the No Wave strand was a bit of a bust although there were aspects of “Letters To Dad” that I liked. Almost typed “that were interesting” there which would reveal too much of my advancing ADD. For some reason, I got it into my head that Wildgirl’s GoGo-rama was to feature in one of the films but that was delusional and I cut out before the final slice. Hopefully my leaving meant that it was bearable for the remainder of the audience but I wouldn't count on it. So I made my way past the Reel Big Fish queue at the ABC and just made it to the station in time for the train that would speed me toward home. Thankfully there were no stragglers from the bigots gala that took place earlier in the day.

And if there was, they were gye quiet.

And to box off this weekend of culture, the Nic Cage fracas that is Ghost Rider was on TV. Utter piffle and a missed opportunity to use the grandeur of Rev/Vega to sprinkle it with at least some memorable music. I fuh-fuh-faded away during it and woke up after it was all over

I don’t check spam very often. Mainly because I get hammered with it but just recently I found several legit mails in that howff and a lot more bogus messages in my regular in-box. ISP can’t stop it. There are bots generating cyber-reams of this crap to bombard us with and I don’t have the will or the mind to police it. So I just delete everything. Inevitably there will be (mail) casualties but that’s the line in the sand.

There are a dozen or so sites that I check pretty much daily even although they’re not updated regularly. The rest are totally random and even sites that purport to be about news aren’t refreshed to the extent that they used to be. Cutting to the chase, the sheer volume of crap has overwhelmed everything and I’ve pretty much decided that I’m not playing anymore. The scale of my disentanglement will be in direct correlation with my getting shorter by the minute fuse. Even I’m not sure what I mean by that but the general timbre is correct.

Posted by Lindsay Hutton at 6:54 PM No comments: 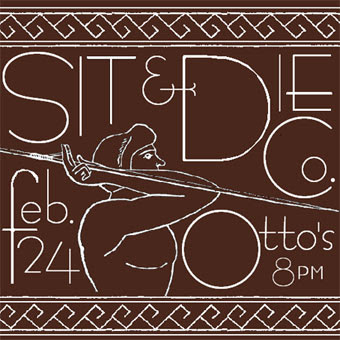 Posted by Lindsay Hutton at 6:37 PM No comments: