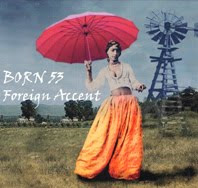 Jon Strider' s "Fresh Tracks" (New Sky) is a peculiar beast. I wouldn’t even have listened to it if I hadn’t noticed that it was Swedish. The cover looks like it’s a Chris De Burgh record and not a giant leap from sounding like Don Henley but really not bad at all. Well arranged and played bar-room AOR of an old-fashioned quality that individuals of a certain vintage certainly wouldn’t hate. The lesson here is not to judge a CD by its cover.

Symply Bill's "Sound Experiment" (s/r) - A Kingsport, TN based singer/songwriter. Neither folk nor country, maybe a little of both. That moniker isn’t doing him any favours and there’s a typo on the sleeve that should read myspace.com/symplybill. Similarly not moving me is Lonnie Kjer/Stefan Mork's "13 songs". Angsty Danish folk with a tiny hint of Lynchian twang but little else to recommend it. Tony Denikos is a seasoned Americana-rer based in Maryland. He has a lot of heavy hitters helping him round out his sound on this here “Already Gone” album. These include Warner E. Hodges providing a CCR type shape to the alternate take of “Lauralite”.

There’s a quote by Andrew Loog Oldham to Uncut magazine inside the info booklet of the Born 53 CD that seems to be being associated with the contents. This skews any worthy aspect that this mature country blues ramble might have. “Foreign Accent” is firmly lodged in Knopfler territory but they seem to have a sense of humour and I get the feeling they’re pleasing themselves. Sometimes it seems like there isn’t a generation gap anymore but something like this hammers it home that there certainly is. The skiffle-y version of “Don’t Do It” really made me want to hear The Fleshtones “J-Geils” twist to that very tune. 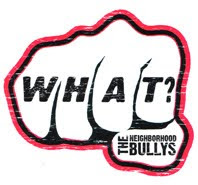 The Neighbourhood Bullys “What” (Rank Outsider Records) is co-produced by Mike Chapman. They’ve got a kind of power pop Dictators/Cheap Trick thing going on with a side dynamic that recalls The Knack and also Redd Kross. They’re pushing all the right buttons but I’m not entirely sold on the songs, “Sux 2 B U” is every bit as awful as the title suggests. Having said that, give me the NB’s over guff like The Hold Steady any day of the week. 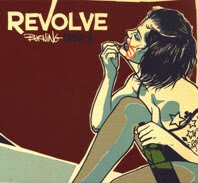 Revolve are a Gothenburg power trio and “Burning Money” suggests what might have happened if Cheap Trick was the template for The Hellacopters instead of the MC5. I’m not a great fan of three piece bands but this one kicks up quite the racket. They’re not exactly breaking new ground but they’re giving it a good bloody pummelling. 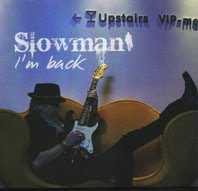 Slowman is back. Back where he started according to this new album. That’s somewhere between Stevie Ray Vaughn and Robert Cray. “Southside” bears a bit of a resemblance to “Owner of a Lonely Heart”. I shouldn’t even let on that I recognise that. Imagine what that could do to a guy’s credibility, assuming he had any? More than proficient, at its best, Slowman reminds me of Henning Staerk. Superior veteran pub rock stylings as only the Scandanavians can pull it off. “Don’t Wanna Know” in particular entertains a lyric that chimes with my particular worldview.

Patrick Crowson will appeal to fans of Chris Whitley, Paul Burch and Townes. 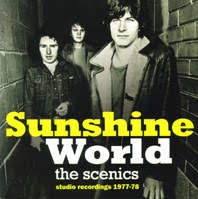 The Scenics “Sunshine World” (Dream Tower Records) comprises studio recordings from 1977/78 and it’s plain that the NY underground had a mainline to Toronto. This isn’t punk rock per se, more a Talking Heads/Velvets hybrid with a side of “Adventure” period Television. It stands up pretty good and predates what would have been the Danceteria years in Manhattan where Art Rock and Punk atoms were split never to come together again in quite the same continuum. Arguably the PR that eventually broke in the USA was a co-opted Edgy College Rock. Sure it was diverse but by that time there were corporations involved. Still in Scenics-ville, “How Does It Feel To Be Loved” is their Velvets side given full reign to provide an almost theatre score to an off-off OFF Broadway recon of Lou and Co at Max’s. Recorded between ’77 and ’80 in a stark, live, low tech manner it stands up bloody well and if you close your eyes and squint you’ll hear Lou channel his inner Tiny Tim.

Remember, this was captured in a time before everyone finally woke up and grabbed a copy of the VU debut. The version of “Beginning To See The Light” swings in a Byrds-y fashion while the rendition of “Real Good Time” was recorded when they opened for The Troggs in June 1978. This veers between faithful and straight out liberty taking but somehow it’s a snapshot of a far less cynical time when the notion that “anyone can do it” quite patently did. 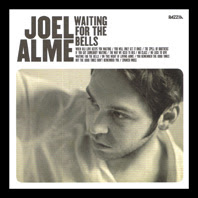 Joel Alme’s “Waiting For The Bells” (Razzia) should really be available on a box set of 7” singles. With big hole dinked centres and labels that look like old Spector acetates. The unabashed Righteous Brothers via Pete Wylie pop soul harks back to a time when AM radio would have been all over this like a rash. This sound is so out of kilter with now that it’s practically radical. Shades of “Herd” type brass punctuate the already gospel like nature of these torch tunes. The arrangements are pretty spectacular and I know these things can be created synthetically now this really sounds like they went the whole nine yards. Who cares if “No Class” sounds a wee bit like “Badlands”?

Eleven orchestral manoeuvres with the power to deck you, that may never be heard outside of Sweden. That’s just not right.

And sticking with Scandinavia for the wind-out, Jasmine Kara’s “Blues Ain’t Nothin’ But A Good Woman Gone Bad” ignites some forgotten Chess chestnuts for a contemporary audience. This 21 year old is the polar opposite of the karaoke singers that are constantly paraded before us. This set bridges the chasm between what has become pigeonholed as “urban” and the biblical meaning of “rhythm and blues”. They used to call it soul until that term was co-opted too.

Actually, it doesn’t matter a toss what they CALL it because when you hear it, it’ll knock you on your arse. . 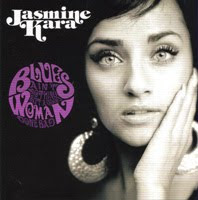 In this post-Winehouse environment I think there’s a place for an artist that can belt it out and I’ll be damned if Jasmine Kara doesn’t have a shot at it. One appearance on Jools Holland and the blue touch paper would be lit. The ska-flavoured “Try My Love Again” is a shoe in hit “single” if there still is such a thing. Here’s a project where great songs have been put together with a cracking singer and an ace band. No finagling or delusions in sight.

“Grits aint Groceries” is my hitpick but this is a class act all the way. Jasmine may be no relation to Irene Cara but surely headed for some kind of fame and I’ll be damned if I wouldn’t LOVE to hear her tackle Annika’s “Leaving You Behind”.

It’s “British Summer Time” kids! Rejoice and look out that swimming cossie. If I go out today, I expect to see water beds on legs soaking up the rays. And there are rays at the moment strangely although snow is forecast at “low levels” next week. I guess this is just ahead of the UK closing for business over the Easter break and beyond. The greed of mainstream politics has broken the populace. If one of the karaoke singers from one of these TV shows was to stand as prime minister then they’d probably win. After all, they get much more attention.

The playground antics of our choices to run the country are frankly a bit worrying. Katie Price must be in with a shout. Ever since David Sutch passed on there hasn’t been a viable alternative because I reckon that neither Rory Bremner nor Armando Iannucci would feel comfortable with just how far-fetched supposed reality has become.

There was just a news item on about some “curriculum for excellence” being introduced to the education system here in Scotchland. If anything is guaranteed to raise my hackles it’s the use of the word “excellence”. It’s my belief that such a beastie should be the norm. As soon as the idiots start using the label then you can be sure that “below average” would be more like the outcome. In these times of jumping through hoops and (grimace) “ticking boxes”, actual excellence (in Bill and Ted terms) is a fallacy. Meanwhile “be excellent to one another” and don’t be surprised by just how far down the food chain that Britain will end up over the next few months. 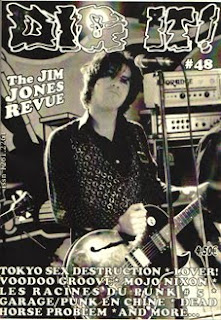 Overseas readers, come visit, fill your boots before the lights go out altogether and there’s no way of getting about this shithole of a country.

On a lighter note, some things you may care to partake of...

The new Dig It! Has the JJR on the cover. You know what I think of them and the mag, as always has the scoop on all the latest r&r action from all over.

The latest release from Red Star Digital is Go!

Robert Barry Francos continues to raid the Ffanzeen vaults with this Gun Club piece from 1983.

Some fresh air is in order, I’ve already done my ironing and having posted this, am heading out of doors. I may be some time and might just keep walking...

Posted by Lindsay Hutton at 9:28 AM No comments: