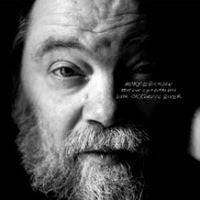 On first listen I wasn’t struck. I’m not sure if it was just because I expected something else or on account of the opening cut “Devotional Number One” sounding like a field recording that Alan Lomax might have captured several moons ago. It swells during the course of the track to full sonic strength though.

I’m not familiar with his fellow Austin-ites Okkervil River and I know that there are some Rok zealots out there that aren’t amused. This set is an altogether different beastie to anything he recorded with The Explosives or The Aliens. There are aspects of both and a helping of Texicana (a specific strain of Americana). No demons, ghosts or gremlins with pictures, polaroid or otherwise. “True Love Casts Out All Evil” is quite a peaceful record, completely at odds with the – in my opinion disrespectful – documentary that I’m always surprised anybody likes. There’s no evidence of maelstrom or static, just one of the greatest singers of all time with the chance to do what he was put here to do.

Ambulance chasers may be disappointed as might those who want it to be a little louder or a little more rock. My own particular favourite side of the great man is his Buddy Holly/Bobby Fuller sounding material and this set does reflect this to some degree. So like I said, I was a bit indifferent at first but having spent more time getting acclimatised than I have with any other album in recent memory, the work is paying off. Of course, I’d love to hear him make a record with The Nomads or the version of Evil Hook Wildlife ET he played in NY with a couple of years ago. The thrill is essentially is that he can make music at all. The fact that some of it is so damn moving is an obvious plus.

“Goodbye Sweet Dreams” has been trailed over the past few weeks so I suspect that anybody who cares has heard that. You may be familiar with much of the other material in one form or another but if this introduces Roky to another generation of believers then its fine with me. I don’t really need to hear “You’re Gonna Miss Me” ever again, I can play it in my head at any given second. And this stuff is way better than any of those “Beast Is Coming” plodding blues workouts.

The album feels like a sermon of sorts. “Be and Bring Me Home” has a mournful Sally Army band swing to it. “Bring Back The Past” is more upbeat and ringing with the hallmarks that I mentioned before. “Please Judge” is perhaps the one that sticks most with it’s strange otherworldly fugue recalling “All that May Do My Rhyme” and Lou’s Berlin spine tingler “The Kids” directed by David Lynch. There’s a genuine strangeness that doesn’t involve monsters but I suspect Alfred Hitchcock would have dug it.

“John Lawman” is something that might have fared better in the hands of a more rockin’ combo but it sounds OK. “Forever” gets back to the vibe of the overall piece and guides it all back toward disturbed tranquillity. By the time it gets to “God is Everywhere” we’re back to the detached, pastoral element and it’s all over.

The album April 24th on Chemikal Underground in Europe and on April 20th on Anti- in the USA. I’m hoping that CU might be able to wangle bringing the man to Scotland as part of Celtic Connections next January because there’s a definite folk element to this that could sit under this umbrella. We’ll see.
Posted by Lindsay Hutton at 4:22 PM No comments: 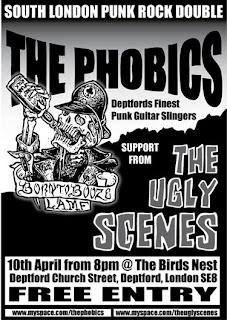 Posted by Lindsay Hutton at 7:19 AM No comments:

Well, there goes today... Nick West posted a whole bunch of links on YouTube. Some fine, fine gear. Here's a couple of tasters...

And while it's on my mind, I believe there's a new issue of BoB out.