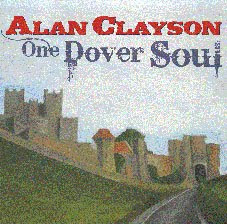 So who remembers Clayson and the Argonauts?

Probably not many - although a deluge of messages to the contrary would be further proof toward the age of miracles not being a complete and utter lost cause. Anyway, Alan Clayson has a new album out entitled “One Dover Soul”. Not having sold his to the devil, he still has artistic licence on all aspects of his. Recorded over a period of time "in Norfolk and South West France" by the indefatigable Eric Goulden with the aid of various Wreckless alumni including Ms Amy Rigby, it’s a peculiar beastie.

On the info sheet, the reference to being “heroic and blundering” pretty much hits the nail on the head. “Cressida” crashes in like John Leyton channelling Syd Barrett. Another person it reminds me of is Julian Cope and the more eccentric end of his dabbling with the garage disease. “Refugees” and it’s “3, 2, 1... zero hour” refrain particularly but all the way out the end of a relatively long fade. ODS is a genuine anomaly. Eric assures me that his live outings are revelation but how do we translate that into a viable commodity. Clayson is almost as obscure as Rodriguez or this Bill Fay guy that has emerged again after forever although he has been hiding plain sight as an author all the while.

Perhaps a documentary film is the way to address it?

“Ug The Caveman” is a novelty that Joe Meek himself might have been proud of. Indeed it factors in an element of him in name-checking a number of death record titles across its duration.

The kitchen sink melodrama suggests an element of theatre. The feeling that this is a disjointed recording of a some distance from the beaten track “production” is never too far away. Somehow it all hangs together, I’m not entirely sure how or why. There’s no agenda other than to present what’s rattling around the canyons of this particular mind. Vivian Stanshall is another guy that springs to mind, particularly during “Teenage Runaway”.

Track 12 is entitled “I Hear Voices” and this comes as no real surprise. I can genuinely report that you won’t have heard anything like this. It’s not an instant “get” but it seems like a shame for the cast to have come this far and for you not to at least make an effort to hear where they ended up.

Flummoxed is a word that sprang to mind after the first time I heard this. After several more, I’d like to add confounded. “One Dover Soul” is a fish out of water and for that reason alone we should celebrate the fact that it can exist at all in these disposable times.
Posted by Lindsay Hutton at 1:15 PM 1 comment:

RIP - Max Bygraves
Posted by Lindsay Hutton at 9:35 AM No comments: 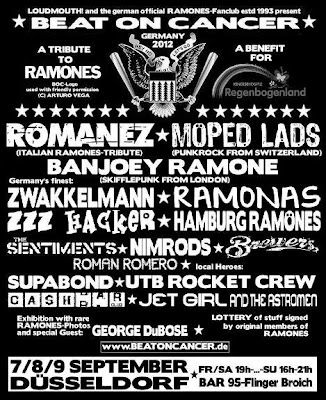