Posted by Lindsay Hutton at 9:36 PM No comments: 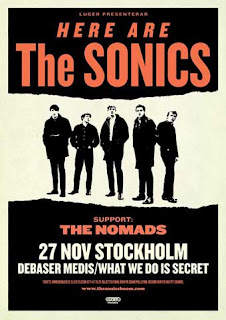 Posted by Lindsay Hutton at 9:02 PM No comments:

I guess that I got a glimmer of how the day would turn out when I just stopped short of pouring fruit juice over the ol’ corn flakes. That’s not some kind of triple rhyming slang for something more exciting incidentally. More the outcome of being worn down and maybe too much sleep after trying to ward off that “heid in a vice” feeling that came calling yesterday evening. Or maybe it was seeing that terrible Devendra Whassname on Jools Holland last night? Who knows. It could have been Wolfmother though. Likely both. I’m confused but not surprised that these acts enjoy critical and/or actual acclaim. It vexes me a little so rather than kick in my TV, I turned it off.

So you’ll excuse me because I have have some gear to prepare that will provide some of the soundtrack to a hysteric occasion in far off parts. Just before that though, take a minute and vote for Matt and Kim to score the best video award because let’s face it, there’s no bloomin’ competition. They should just be given it. I know, but you know how MTV likes that ol’ rigmaroll...

And don’t forget, they’ll be here in November. Incase you missed the memo here's a refresher...