Posted by Lindsay Hutton at 7:12 PM No comments:

Bozeman, Montana - Home of the Hits!


Taking baby steps with this blog malarkey but starting as I mean to go on... 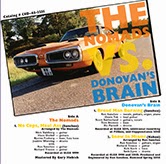 If the individuals who tend to run things were half as reliable as The Nomads then things would be a lot better. You recall how The Sweet let their “heavy” side fly on the flipsides of their earlier hits? Imagine if BOC had gone a wee bit "Ballroom Blitz"? Well now you can catch a glimpse of what such a notion might have wraught as ”No Cops, Haul Ass” sees a release of a cut that was captured when Solna’s primo crew ventured to the Pacific Northwest in 1999. This 3 track 7” EP on Career is billed as The Nomads Vs Donovan’s Brain but it sure sound like they’re in cahoots to me. Ron Sanchez and co have been knocking out their patented brand of psychedelic nuggetry as long as I can remember. And we're not talking about short term memory here. 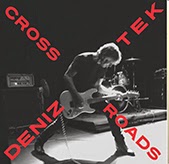 Career Records is an outpost of solid rock’n’roll and look out (honey) because they’re using Tek-nology. A Deniz Tek 45 with the self-penned “Crossroads” and a MotorCityfied version of Peter Green’s “Oh Well” on the flip is also just out and in dangerously short supply.
This take on the Mac also conjures up Eric Bloom and co. Career Records are good for you, never bad let alone evil.
Posted by Lindsay Hutton at 6:57 PM No comments:
Newer Posts Older Posts Home
Subscribe to: Posts (Atom)