All I’m gonna say at this point is that if you missed the recent HS shows, and you lived in the immediate radius of any of them then you blew it. Everybody who made the Admiral Bar scene last night knows what I’m talking about. These are Stacey’s photos and you can see more here.

The Poems opened. Iain said they reminded him of The Paradise Motel and that’s not a bad shout.

Maia Kirasawa did a great set to a respectable relative silence. There were almost none of these nitwits that jaw through a person’s set disturbing the peace and tranquillity that this girl is packing.

The Hello Saferide combo came on, did their stuff and didn’t play anywhere near long enough but that was OK. That brass section (from Autisterna - Thanks Martina) is like an Action Combo for the 21st Century. Made me think about my old pal Gordon Spaeth. The people from Sounds Of Sweden and Dolly Mixture deserve massive props for organising the show. It’s a great spot and these people are music fans. This is what shows should be like, untainted by corporate bullshit. It may be a tad off the radar but there are supposed “real” promoters that couldn’t attract a crowd like this. That fucking wish they had this kind of cred. You can't "buy" this kind of reaction, it only evolves through trust.

Anyway, read this STYLUS magazine review and check out Tom Morton's Beatcroft angle on the HS Glasgow debut. The smart wee gif thing there is from the Stylus review.

As I type this, I’m listening to Dave the Spazz's WFMU Norton Records Anniversary show and it’s everything you expected and more. If you haven’t heard it then scoot over there. A great testament to the coolest couple in rock’n’roll and their unrelenting services to making life bearable through the greatest music you never heard. They even have Roky call in to wish them well, jeez this almost makes me think there's a god out there someplace. I remember being in Berlin with them when it all kicked off like it was earlier today.
Posted by Lindsay Hutton at 7:19 PM No comments: 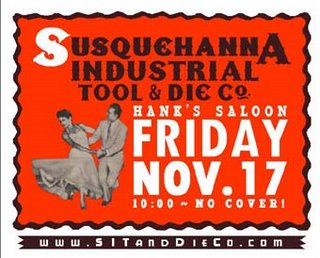