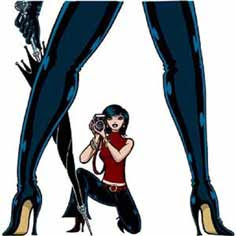 Hi everybody,
We just thought that we'd let everybody on e-mole know about our upcoming Record Release Show for our 2nd album "The Love Parade". To celebrate this momentous occasion, we're playing at SUPERMARKET 268 Augusta Avenue, Toronto on Sunday March 18th DOORS OPEN: 8PM - SHOWTIME: 9PM ADMISSION: $8. Normally we perform as duo, but for this special occasion, we'll be performing as a 4-piece with Cleave Anderson on drums/electronic percussion and Scott E. Farmer (on loan from The Russian Futurists) on bass/synth.Opening the show will be our friend, Simone Grey. We hope some of you can come by, as we hardly EVER play live. Just remember, as it's a Sunday, it's an EARLY show, so don't come late or you'll miss it! cheers richard+francoise, LOLA DUTRONIC
Posted by Lindsay Hutton at 3:05 PM No comments:
Some stuff that's been diverting my attention from what I oughtta be doing...

Va Va Va and indeed Voom or should that be vroom! Ms Angel Corpus Christi on the aesthetic value of a girls NBT-shirt (March 14th entry)

Hello Saferide will release her UK debut single (on cd and vinyl) through Regal/Parlophone on May 14th. The single includes a new song "I was definitely made for these times" along with "The Quiz" (from the "Would you let me play this EP ten times a day"EP). The following shows have been confirmed to coincide...

As a public service, I'm happy to order copies of this and supply at cost plus postage to anybody out there who wants one of these. However as far as I know they'll be limited so don't leave it too long.

This years Le Weekend Festival in Stirling has the following line-up and runs from 25th to 27th May.

A message from Monorail Music 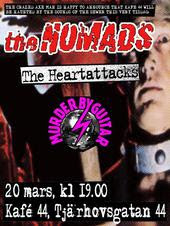 The Nomads are headed for Spain after a warm up in Stockholm this coming week...

and last but by no means least, Tom Morton's Whisky Blog "Nippy Sweeties"

The Tom Morton Two will play Glenfarg, Glenrothes and Glasgow this coming week.

Blimey... that lot should keep you amused while I try to address the nature in which I oughtta tackle the backlog. First instinct is to head for the pub but i'll try to quell that... (he typed, willing the phone to ring). Actually, Monk is on today though, so that's good for a 40 minute procrastination. At least.
Posted by Lindsay Hutton at 2:08 PM No comments: 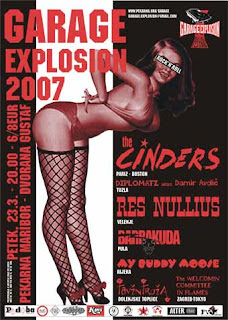 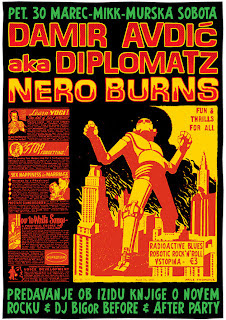 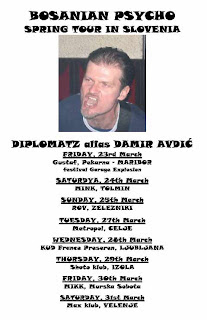