Monk time? Well that kicked off about 11pm last Thursday. The Dome above the DWC was reverberating as the great and the good paid homage to something they thought they'd never see. 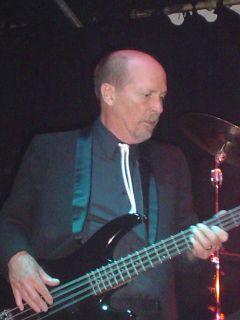 PJ's persistence paid off and three of the original 5 were bringing down the musical equivalent of what Buckfast will do to you in musical terms. I have to state here that I was in the minority at this particular sermon. While all and sundry were having their minds blown to lesser or greater degree, I was thinking "wait a minute" the sound in this place is pish. Or at best soup. And not one of those nice broths either. How To Do was as close as it got to the realisation of the BMT experience for me. For some reason, I wasn't included in the party everybody else was having. Mr Duff told me they were vicious when he saw them but I have to say that the teeth they presumably had in during that service must have been in a big glass at the side of the stage. Maybe it sounded OK from where they were too? 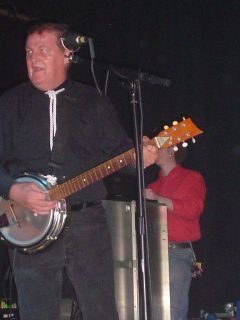 Maybe I just expected too much. I had no problem with the ticket price like some. It may be considered hefty but not for something as perceivably special as this turned out not to be. Like I said, I was very much in the minority. That is my dime in life. They didn’t do that one "Nice legs, shame about the boat race" either. Oh yeah, that was another Monks. As is Tony Shaloub, singular. Openers were Blacktime (no Monk) who were OK in that primal lo-fi Cramplike arc. A concise short set. Dirthole are an ensemble piece who Mr Cruickshank reckons sound like dual dimensional versions of The Fall each playing a different set at the same time. Believe me that concept is much better in theory than it is in hard racket. They have fun though and I'll be damned if that ain't the main thing. 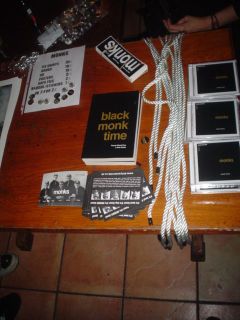 Friday was Fleshtone time and I really wish that these guys could command the attendances they deserve because they were literally smoking in comparison to anything from that previous night. I hadn't seen them for more than 10 years. Since they opened for The Cramps in Amsterdam and the Nomads played upstairs afterwards. There are so many copy bands out there that have taken the routines and some of the sound but they can't, not one of them, ape the finite superrock ingredient. Like whatever makes Coca into Cola or Irn into Bru. Hadn't seen them perform material from the last few albums either so it was all good. Got more exercise during this hour or so than I have in recent living memory. They got a decent crowd but there should a been a line around the block, locked out. Such is the power that they wield. Yes I'm biased but ask anybody who was there. Hardly anybody even comes close. 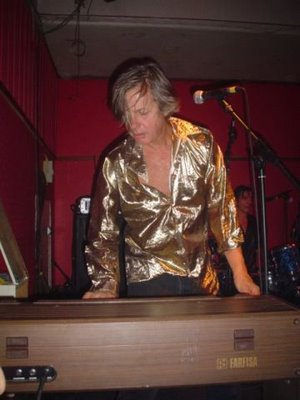 Not ever. 30 years and counting. Never less than supreme, the never lost that american beat because they fucking ARE it! Cool supporting roles from The Grease Monkeys and The Dexateens made this the preferable of the two DWC anniversary nights that your old codger here attended.

Now to the e-mail backlog, if this steam modem has enough puff.

As we were unable to get to London in time for the Monks and Black Time I can only vouch for Lindsay's take on the 2nd night and as par usual he's pretty much on the ball. Tho' mention has got to be made of the soundguy who figured that the Fleshtones are best appreciated at distorto level and Alfonso from the Parkinsons who wrecked Zaremba's organ early in the set...

The third night was a hoot as well mainly c/o the Priscillas, an all girl 4 piece who's Ramones/Runaways hybrid is as predictable as it is contagious. All dolled up and with choreographed stage-moves, they delivered a great set of uber-catchy tunes.
Proof positive that there is a God came when the Parkinsons hit the stage and the P.A . and lighting-rig gave up the ghost halfway their first song. Mucho fuss was made of audience members throwing beer, but it was obvious that the band was soley responsible. Hey, that's what you get for messin' with Z-man's keyboard! 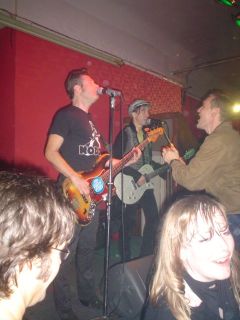 Anyways, the Parkinsons sweaty/shirts-off/male bonding take on R&R complete with terracechant-style choruses is hardly my cup o' tea. Tho' most of the crowd seemed to think otherwise... Opening act Thee Exciters were fun for a while, but really should take note of Black Time's dictum of only playing short sets and crampin' all your good points in that brief timespace...

A short note on the fact that London might not be that big a city as is often believed: The girl who was selling tickets at the DWC on Friday, looked very much like the one who sold me some records at Sounds That Swing on Saturday afternoon and the one playing rockabilly 45s at the Elephants Head on Saturday night...

Congratulations to P.J. and here's hopin' for at least one more decade. A tip of the hat goes out to Steve, Lindsay, Matthew, Jos and Coen. 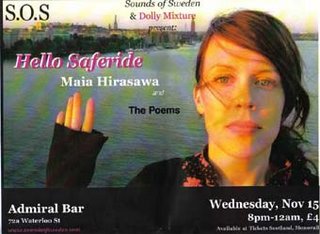 OK, so it took a wee while but the HS jpeg appeared eventually. Apparently there's a connectivity problem in these parts, it's certainly been taking the mick outta me for a few hours. The Last Town Chorus is opening for some trendy, down with the kids band called The Guillemots. More about them after a couple of songs. Their recorded work certainly leaves me thinking nothing in particular. But it's sold out so that provides a whole new canvas for Megan and her crew. Might even get around to putting the last few days into perspective soon. I need to watch a Demolition Doll Rods dvd first though.
Posted by Lindsay Hutton at 1:52 PM 3 comments:
Your Uncle Joss wants a word... 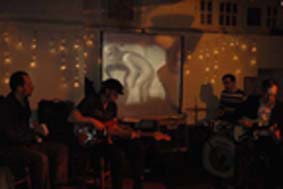 Those dashingly rum coves, The Stripchords, return to the stage at the slinkily seductive Lady Luck club on October 26th. Having enjoyed a summer sporting across the London, around domestic provinces, in Europa, and up the New World, a fully refreshed and highly manoeuvrable handful of Stripchords are scheduled to take to the stage ofthe London's top burlesque review at the stroke of midnight, Thursday next.

The Stripchords have put aside time to thoroughly Shake'n'Vac their stageschmutter before kicking off a new season of top tits 'n' twang action at Lady Luck, so shape up or schtup out - no serge denime, gymnasium shoes, etc. Indeed, the run up to that most filthy of festive seasons (mistletoe, lingerie, stuffing, etc) is set to be a busy one, as The Stripchords are already engaged to play the following jollies. All jigs in the London, unless noted:

We do hope you'll come join us for one, or all, of the above wingdings.Stay cool, won't you?
Video, downloads, pictures and virtual navel fluff at:www.myspace.com/thestripchords"
Posted by Lindsay Hutton at 11:00 AM 1 comment: 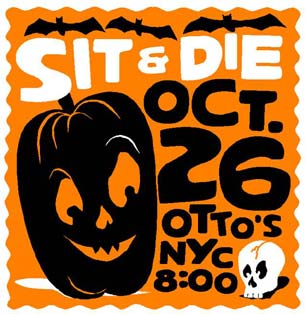