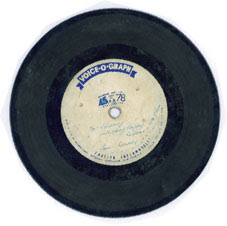 Hardly seems possible that it’s been more than a month since dad died.

I don’t have a heck of a lot of stories about my father. He led a crammed life of doing good for people and organisations and one sort of understanding – perhaps never actually uttered – was that we knew we were always there for one another. There were the typical disagreements too but that’s when there was a proper generation gap war to be waged. If one does actually gain any iota of wisdom as they get older then it’s surely that actually, we’re all in this together. Respect is a two way street that needs to be earned. It can’t be expected irrespective of status, family or otherwise.

Anyway, this isn’t one of those “Living Years” scenarios. I spent more time with my father in his final few months than I did in my entire existence. The realisation that this might be equal measures lost between the two of us can only be describes as unscrambled eggs. I do wish that there had been time to hear about his jaunts with the pipe band(s) all over the world. About Russia and the USA in particular but we ran out of time. The fact that we managed to actually have the time we did is something I’m told that is of great value and it feels like there’s at least some truth in that.

There are images here of the badges he brought from the USSR and also the voice phonograph records he sent to me from Australia when he was in the Merchant Navy. They don’t play but it would be cool right now if they did. In these recent days, he told me that he would always have liked to visit the fjords of Norway and Scandinavia in general. I can certainly help him with that in the spiritual context.

Something else that became apparent was the semblance of some of my foibles in his behaviour. This worked as being something of an explanation and a worry, the curse of turning into one or the other of your parents. Yike, both? In our case that might not be such a bad thing in real terms but it’s a scary prospect. I did enjoy hearing him curse this past wee while and considered that very much a positive. I think my favourite swearer, Sir Eric of Goulden might have been impressed also.

Perhaps I had a bagpipe phobia caused by being dragged to competitions as a youngster. My one abiding memory of these jaunts was being in either Dunoon or Oban. A really amazing old school character by the name of Charlie Stewart pretended to have one leg and begged for money in the street. He gave me some of it. Maybe I was 7 or 8. 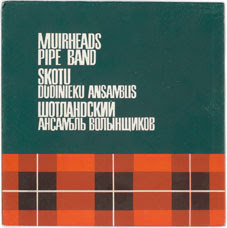 So never really one for the pipes unless they sound like guitars and vice versa but of course I came to appreciate the playing. So for me it was a big deal, heck it is a big deal, that he was in Casino Royale with what could only be described as one hell of an all star cast. I often wonder what happened to Peter Sellers autograph, maybe we’ll find it but I have a hunch it was thrown out. There was also the time when a plan to go and appear on The Sensational Alex Harvey Band’s album “The Impossible Dream”. Can’t recall why that didn’t happen. The image here is of a Russian 7” that Muirhead & Sons Pipe Band made out in cold war country. I imagine that it’s pretty rare in that neither Kevin Patrick nor Stewart Cruickshank possess a copy to my knowledge.

On those stateside trips, dad would venture into record stores with my list of wants and try to score those titles. I got “Easy Action” by Alice Cooper, “Back In The USA” by the MC5 and a debut, the week of release by an ensemble known as the New York Dolls. Last time he was in Canada – he got my brother Iain, a Handsome Ned cassette. Wish I had those Sam Goody bags these goodies came in. Can you imagine the reaction by the store clerk when this wee Scottish guy walks up to the counter and asked for the Dolls record? Must have been priceless. My folks and grandparents were horrified by the sight and I vividly remember them calling them “he-she’s”. Which I guess was the term for cross dressers then. They would have never used the term “poofs”. Or "pooves".

Life as some kind of highway has a way of just carrying you along. You never think that one day someone simply won’t be there. That’s how we got here. In the past few years it was fun to see my parents become fans of Amy Allison and Laura Cantrell. Dad thought that Jon Graboff was the best musician he’d ever seen and was genuinely thrilled when he and Carissa visited at Christmas one year.

And just recently his bagpipes can be heard on a bona fide punk rock classic, “Going Down” by The Dahlmanns. The CD that he made, entitled “Tunes From The Glen” with Davie Scott was something else he was thrilled with. It’s glaringly obvious that he could have exploited his ability to greater ends but preferred to remain grounded for whatever reason. 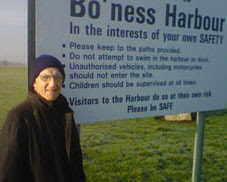 It was in early January that he got outside the house for any other reason than to go into hospital, the Sunday morning that I took him up to see his brother’s headstone. It was crisp and cold, early enough for there to be hardly anyone about. It seemed like we should extend the excursion so we made for Bo’ness harbour and a short daunder around there. He told me that he’d never been down there and seemed to be digging being able to take the air. We talked about coming back down to maybe hit up the railway preservation museum but the weather and his illness conspired that this would never come to pass. It’s at that juncture you think you have time for all that when indeed you bloody well don’t. This was the last photo, taken with my crappy phone

It’s just plain odd to consider that he’s no longer with us and now with our mother in serious disrepair also, these are peculiar times. There’s no real time to process the enormity of what has or what is happening. We have to deal with the here and now and return to that when things settle, if such a condition is possible.

It had been hoped that he might make it the Silent Film Festival too so he could have a look inside The Hippodrome but the harbour car par was as close as he got. Perhaps he’ll join us in spirit if he hasn’t got a better offer during that weekend. 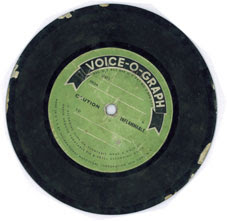 Having had no close experience with death up until now, that day when he lay in the room, I asked him to get the heck up and go “Boo!” because we were heading out. You might consider that to be disrespectful but the shell lying there was just what was left of our father. He was already checking in for the next chapter someplace, if there is indeed such a thing.

It was good to fulfil at least one of his last requests for the funeral and have Andrea Boyd play the pipes for him. You see, he was a fan too and it was very cool to hear Andrea call it like that. He went out with an extended family all across this hairy old world. A phenomenon that I enjoy also and I'm telling you, when the chips are down – nothing feels quite like it. So maybe there’s something in this destiny palaver, it’s something that he never took for granted and neither will I.

So that's it. This has been quite difficult to piece together but hopefully I got there. Gracias to those that have sent and continue to send good vibrations as the rollercoaster trip continues.
Posted by Lindsay Hutton at 4:35 PM No comments:

(Thanks to Sandy McLean for the link)
Posted by Lindsay Hutton at 10:10 AM No comments:
Newer Posts Older Posts Home
Subscribe to: Posts (Atom)