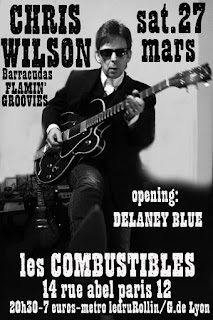 Just watched “Requiem for Detroit” on the i-player seeing as how I fell asleep during it last night when it aired. No real reflection on the piece just further indication of my slipping into narcolepsy. The Julien Temple portfolio just keeps on coming and I enjoyed the doc overall but it was very depressing. To see a city like that in virtual ruin, the commentary was fairly sobering. What i wasn’t so keen on is the fast cut, power-point type nature of cramming as much in to satiate those with no attention span. For me, I would rather have seen more architecture. Outside and in.

Interesting to see John Sinclair be as carnaptious as ever. The premise that the Motor City is a snapshot of the future in addition to offering some small glimmer of hope for transformation was odd. Like I said, I would have liked it to be a little slower and for there to be less stock footage used as atmospadding. Still... worth watching so here’s a link. I’m not sure how this works outside the UK so apologies if this turns out to be a bum steer.

Just waiting for my first houseguests of this new semester... I hope their Irish shows went well over this past couple or three days. Need to go into the kitchen now and get the stovies moving, now that I have the oatcakes that I forgot to pick up this morning.

Posted by Lindsay Hutton at 4:32 PM No comments:

RIP - Carol Clerk
Posted by Lindsay Hutton at 9:41 AM No comments:

Thanks to Mark A.Pyskoty at facebook for scaring up this. Guaranteed to clear them Sunday AM cobwebs. Particularly if you've had to grapple with that daylight savings cobblers. It's our turn two weeks from now.