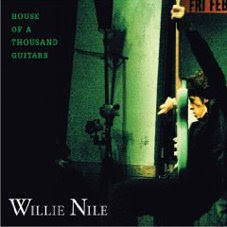 Did you hear the new Willie Nile album yet? Entitled “House of a Thousand Guitars”, it’s a real rush of blood to the memory of the great roots rock scare of the mid-80’s. Anybody who misses The Beat Farmers or The Del-Lords will find much solace here. It’s the kind of album that you hope and dream Springsteen could still make.

Those of us who no longer enjoy spring chicken status will recall that Willie was being hailed as “a new Dylan” around the time that Elliot Murphy and the aforementioned Boss were. This is his sixth album in all these years and it really does crackle. When I first heard it I was sure that Scott Kempner was playing guitar on it but seemingly not.

“Doomsday Dance” would have been something The Cramps could have customised. “Love Is a Train” is a little Forbert-y and enjoys an almost Alvin-esque soundscape. Again, the band sounds so grandiose. You can almost taste the desert and see the heat haze. American music rather than Americana. “House” is blessed with a lot of soul and sounds like it lived. I’m not up for asking for much more than that at this point. It’s chock full of the kind of guitars that turn me to mush and I just found out that there’s a vinyl edition, me - me!. 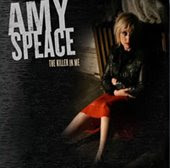 And while we’re on the subject of that American beat, I was a little disappointed to find out that Amy Speace had been to Glasgow a couple of months ago. There was some word to the effect that she might tour with Mary McBride but that never happened and she snuck in on her lonesome (with her band). Her most recent long player is “The Killer In Me” on Judy Collins’ label, Wildflower Records. As with the Willie Nile album it draws on a vast bank of roots history and blends folk, country and blues through a pop strainer. If you like Maria McKee, Syd Straw and Mary Lee’s Corvette then it’s a shoe in that you’ll find much to enthral you here. In addition to the fact they had their own gig, Captain K tells me that she opened for Colin MacIntyre at Oran Mor too. So maybe third time lucky with regard to catching a show...? 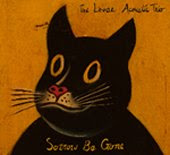 The Loose Acoustic Trio ’s zydeco-flavoured good time that is “Sorrow Be Gone” has wormed it’s way under my skin in recent weeks. Even the porch version of “Pinball Wizard”. From Portland, Oregon – they’ve kicked up a pretty swingin’ affair. “Love Me, love You” reminds me of ACC’s take on “Jet Boy, Jet Girl” and the whole accordion fuelled shebang is very tasty indeed in a twistedly straight way. Who couldn’t love a group that’s down with “Soup On A Bun”? It comes in a very nice quality quasi-digipack too on the Big Book imprint. A tasteful operation all round.
Posted by Lindsay Hutton at 6:20 PM 3 comments: