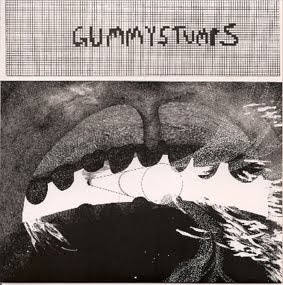 8pm onwards at the GFM studio

(above the modern institute)

You know how it is, I'm sure. All the best intentions to get home at a reasonable hour go futz and it's a schlep to the last train in the drizzle. I'm not entirely sure where we stand on the 40 days and nights tally but still, it's been damp even by our standards. The Allison sisters seem to be faring better weatherwise in Skye and the surrounding area but that could be down to the Talisker. That stuff has been known to perform miracles on occasion. Right Don?

Got to Stereo last night, slightly disoriented but soon got acclimatised. The thing about a Pastels show is that the event is properly curated. All gigs should be like that. This entails the dj action, opening act, the lot and this one, their first with Tenniscoats to support the imminent album was no exception. A dress rehearsal even. Anyway, it was a good turnout – pretty close to packed.

Veronica Falls kicked things off in a truly swingin' Velvets marinated stramash with a great version of the Rok's "Starry Eyes". Aside from the fact that's a good way to get me on side, their set was an exercise in exactly how to wow a crowd. Short and sharp = wanting more. This kind of mild euphoria isn't something I'm accustomed to and I’d say that the one track that’s on their myspace doesn’t come close to replicating what I’m certain I saw (and heard).

Brogues, one of the guys who put this thing on gave me a crash course in a whole slew of acts that I've never heard of. This kind of enthusiasm is entirely what it's all about and it's contagious. I'll be trawling this interweb to check out some of his suggestions in due course.

The Pastels/Tenniscoats set up is a quasi-pop orchestra with a mind to score imagined movies. Stephen's introduction to "Boats" with Katrina's interjection indicated perfectly what makes them so important in tandem with the music. These folkscapes are utterly unique and so out of kilter with these i-tuned times. The wonky brass and woodwind floating in and out just adds to that patented wooziness. I look forward to getting acquainted with the material via the vinyl when "Two Sunsets" is released this coming Monday. Had to leave to catch the train as they were easing into “The Viaduct”.

T’was well worth dragging my ancient carcass into town on a school night for. If they're appearing within travelling distance of your billet then don't miss them because the weather they bring with 'em is way more agreeable than any mere musical elements that generally pass your way. If there are any links to clips and photos, I'll add them later.