Let’s head out to Sweden this Sunday afternoon (GMT) and hit up some spots that might be of interest. 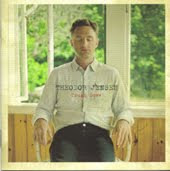 Theodor Jensen’s previous release went under the moniker of The Plan but this one sees him revert to his namesake. As “Walk For Gold” experimented with sophisticated pop shapes, “Tough Love” follows on from that and pushes the envelope marked grandiose even further. It reminds me of “Forever Changes” in some ways without actually sounding anything like it. Orchestral would best describe the fixtures and fittings and the sound is very ornate and off kilter. A little Calexico battling with the Spiders from Mars. That piano on “Bapada” is decidedly Garson-esque. I hear a wee Steve Harley type inflection in his voice too I think but that’s as far as the comparisons go.

It’s an unusual blend of styles with an ebb and flow of real drama. The print on the cd sleeve is too small for me to read even with my gregory’s so I can’t tell you who is actually playing on it but it’s printed on very nice paper. I understand that some of it was recorded at Konie’s Studio Cobra. There’s some skewed blue-eyed soul alongside equally twisted world music. A little like Scritti Polliti but way less po’ faced. “Side by side” is the best example of this particular aspect. I sense a folk aesthetic subplot going on with the instrumentation. That’s what hints at genuine oddness and ends up sounding all the more captivating. It’s not rock’n’roll but it’s good to head off the beaten track into relatively uncharted territory every once in a while.

And those Hemifrån hits just keep on comin’... 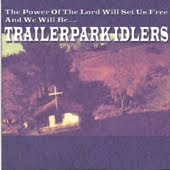 “The Power Of The Lord Will Set Us Free and we will be.... Trailerpark Idlers” isn’t the name of the band like “And You Will Know Us By Trail Of Dead” or however that goes. Bible bashing Sunday morning brimstone coming down or just interpretations? It’s hard to tell but by the time you get to “We Need a Lot More of Jesus and A Lot less Rock’n’Roll” the outcome is more obvious.

The gospelness can be taken with a pinch of salt, a rattle of the beads or however you get your faith jollies. Or not. What I’m trying to say is that, even if you’re not a god botherer these folks definitely have their moments of are they/aren’t they. And blow up quite a head of steam in the process. A fun combo then whose next project is a Jim Reeves covers album. I’d love to hear them do an Amy Allison song. 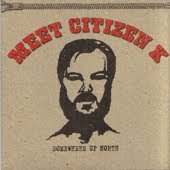 Citizen K is Klas Qvist and his “Meet Citizen K” album comes in packaging that looks not unlike Jackson Browne’s “Saturate Before Using”. This is something of a clue to what the contents sound like but there’s more than a hint of Richard Thompson present too which gives it a folkie edge. That Pinball Wizard guitar on “That Same Old Sun” displays that there’s more to this than just pastiche. Very nicely recorded and while it won’t necessarily grab you, there’s that undeniable Swede-pop element that’ll just creep up on you. I could tell this would be good because of the quality of the sleeve material. This is a guy that gives a hoot about presentation and I for one appreciate that sort of effort. 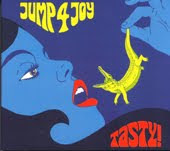 Jump4Joy ’s “Tasty” is some of that nostalgic rock’n’roll that sits someplace between The Refreshments and The Skeletons more cabaret type moments. It’s a little clean and clichéd even but quite charming nonetheless. Some toe-curling lyrics, the text speak nature of the name and the fact that one of ‘em would appear to have a ponytail can’t contain the fact that they can probably shake up a hostelry some.

Not that I would know anything about that culture whatsoever...
Posted by Lindsay Hutton at 2:35 PM No comments:

Post #4400 - Things don't get much more ridiculous than this... thanks to Sigrid Jakob via staysick for the link.

The Barman talks to James Williamson. He seems to have his head screwed on. Nice one Craig.
Posted by Lindsay Hutton at 11:41 AM No comments: 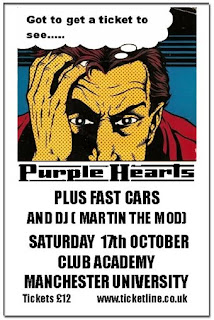 I was talking to Kaptain Krunch last night and he told me that I had to watch “Later”. The sequence in question was a performance by a group who recently professed an interest in penning a Bond theme, an act that had Mr Thewlis apoplectic earlier in the week. The whys and wherefores of that particular angle won’t impinge on my world at all. After all what could possibly follow that Jack White/Alicia Keys atrocity better?

I watched aghast for as long as I could take as these utter numpties trawled through something that sounded a little close to call like a certain well known theme tune by the BBC Radiophonic Workshop. I’d be interested to see the publishing credit on that if I could stomach looking at a cd jacket. But the piece de resistance was the final number that surely trod on the “Queen” brand template with a little Yorke thrown in to snag all the lovers of what has killed music stone dead this past few years. There are other similarly heinous perp's doing the rounds - you probably have your own particular "favourite" for the high jump come the revolution. Or at least something. All the talk about dinosaurs during the punk wars? Selective memory or what??

Caterwauling Florence (or Horace as the Kaptain calls “her”) and her machine were on too. But don’t worry folks, I fast forwarded through. No real lasting damage was done as far as I can tell. But like damp cold, this stuff is insidious. It gets to your bones. Those bloody gears of what used to be a rockin' machine. There's plenty of WD40 out there, it just takes a little effort to find.