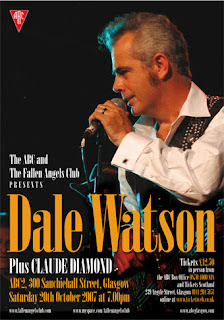 This Saturday at the ABC2 Glasgow...

Posted by Lindsay Hutton at 6:19 PM No comments: Don't worry, it's not a Jesse Rae tribute!

Sounds of Sweden will be returning next month with another cracking night filled with atmospheric electro pop! After the success of our fabulous Easter electro special with Mr Suitcase, we've decided to revisit the beats. And we'll be doing so in a cracking new venue - the grand ballroom of Sloans (formerly Bastille) at Argyll Arcade - between Buchanan St and Argyle St in the city centre. What's more, we've partnered up with Kopparbergs, so there will be a free cider tasting at this re-launch gig.
Hailed as the missing link between Sally Shapiro and The Knife, Sara Berg creates emotional electronic music: dramatic, cool pop with depth, all wrapped around a captivating voice. Her latest album, When I Was A Young Child I Used To Feel Pleasure From Playing With Others, may be a mouthful to say, but it's a wonder to listen to, and has catapulted Sara to the top of the hot list in Sweden. "Soon no-one will be able to avoid Sweden's new electro fascination," gushed Groove Magazine, while the Swedish broadsheet Helsingborgs Dagblad enthused, "One of the most promising artists in Swedish electronica." Battling its way into the Swedish download chart, the album went on to outsell the likes of The Knife and Robyn. And Sara has become a bit of a style icon as well, recently featuring in Swedish Elle magazine and Modette. She will be joined by labelmate Melnyk, an internationally renowned DJ and producer who gives Mylo a run for his money. He will do a special set on the decks for us - a perfect warm-up for those heading to Optimo afterwards. In between, SOS DJs will be spinning some of our old standy-by Swedish favourites - and some exciting new stuff as well. 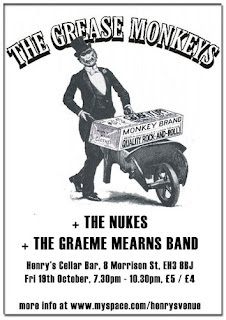