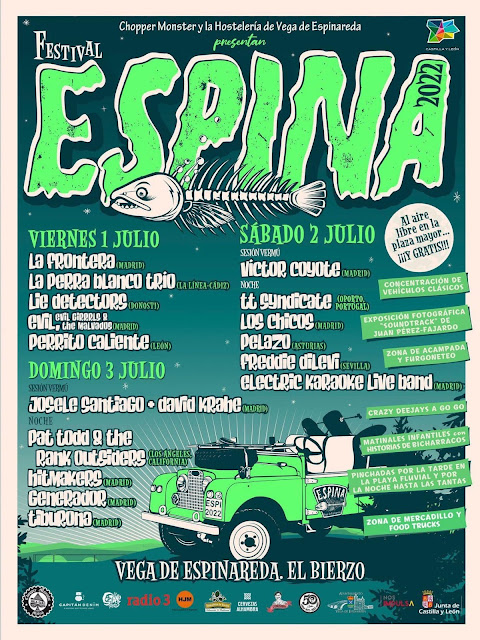 Posted by Lindsay Hutton at 8:29 AM No comments:

VIA BROTHER DON CICCONE - NEW TO ME!

Posted by Lindsay Hutton at 8:21 AM No comments:

Posted by Lindsay Hutton at 9:06 AM No comments:

Posted by Lindsay Hutton at 1:38 PM No comments:

Marko offered this chat with Sir Peter Zaremba, he thought you'd like to see it... 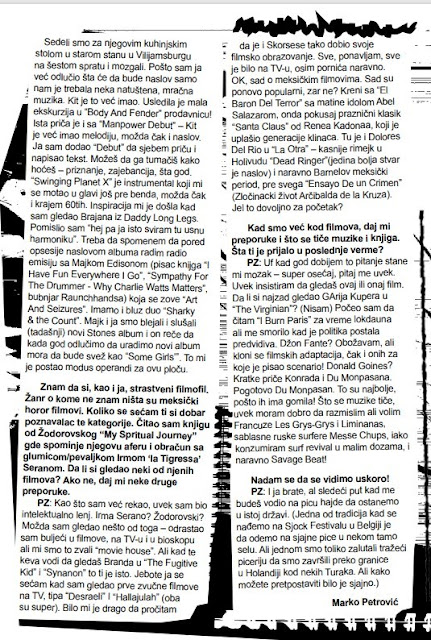 Hey Peter... is this your first interview for a Serbian/Yugo zine?
PZ: Yes, this is my first time in the Balkan press!
Tell me about your first encounters with Serbia or former Yugoslavia at that? I remember you telling me about watching Richard Burton as Tito back in the early 70s...under the influence of psychedelics if I am not mistaken?
PZ: You didn't need psychedelics watching that movie but I recall me and my early musical collaborator Brian Spaeth were pretty high on some sort of mix. Burton made an excellent Tito, I'd have him play me if he was still around. The one and only time The Fleshtones played in Trieste we were put up in an old Inn. I soon realized that by cutting across some gardens and fields we'd be in then disintegrating Yugoslavia so of course, Ken Fox and had to go. The border guards barely paid any attention to us, their eyes were glued to their TV set. I thought they were watching a weather map but the map had all these little explosion icons all over it instead of thunderclouds, fog or sunshine symbols - they were actually watching where the war was breaking out. We just walked far enough into the soon to be independent Slovenia to buy ourselves some beers and fried calamari. I still have the left over Yugoslavian dinars from that excursion.
I also know you're a big-time tennis fan and support Novak Djokovic. Of Course he's huge in Serbia but not universally loved. Some people don't like his safe, heavy on personal branding image. Plus, his dad and his wife are complete morons but love the limelight and that doesn't help his cause. Why do you dig him so much?
PZ: Exactly for those reasons and he's not Roger Federer. Tennis can be a bit pretentious -even given John McEnroe and Jimmy Connors. Novak is down to earth, well actually very eccentric, okay a nut but he's basically a good guy. Not that a sports star has to be a good guy or gal. I think maybe he could have planned the Adria Tour a bit better but what the hell, the condemnation he received was way over the top. My wife and I picked him for greatness very early on and it's satisfying to watch him do so well - and to confound his haters. Go Nolly, the perpetual underdog!
Tell me how you got through the lockdown. Remember you telling me it was hard not being able to play shows first time since forever. The Fleshtones are known, amongst many other things, as a band that never had a non-active year since you started back in 1976. So besides doing the radio show for Little Steven what else kept you busy?
PZ: We led a very pastoral life, really. Long walks in the country, I got my fishing rods all primed, and I started to learn all these songs and practice the keyboards. That lasted about two months then I said fuck it but we still took the walks. Oh, and I was working on a Count Zaremba French language song - I'm still working on that - a year later. French - it's a whole other language. As the lockdown started to fade into history (I hope) I kept feeling that it wasn't so bad after the hysteria died down a bit, it was quality time with the family, Something I'll remember fondly.
Now that things are kind of getting back on track, with plenty of stops and starts, what are your plans with the band? USA, Europe and beyond...
PZ: Well, by the time you read this we hope to have played our first post-covid shows in France, although a show or two were cancelled at the last minute due to new government restrictions. Then in September, we want to pick up where we left off with club dates here in the States. A new all-Spanish language Fleshtones 45 will be out in November, pressed at Jack White's Third Man Record plant. He knows what a rock and roll 45 should sound like – LOUD! Then finally, the postponed trip to Scandinavia. Who knows, maybe even our own 'Adria Tour' - hopefully without the vengeful press! 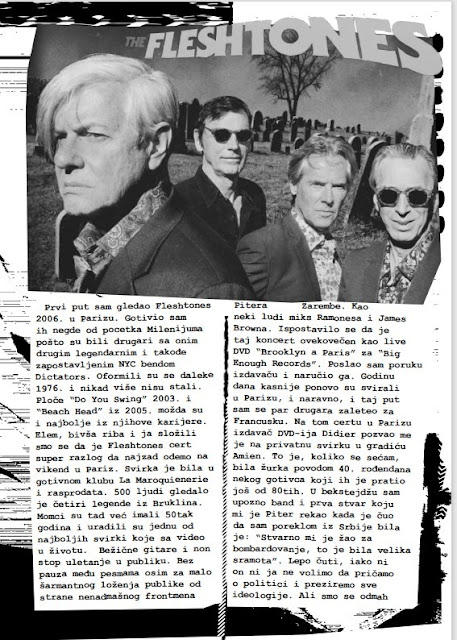 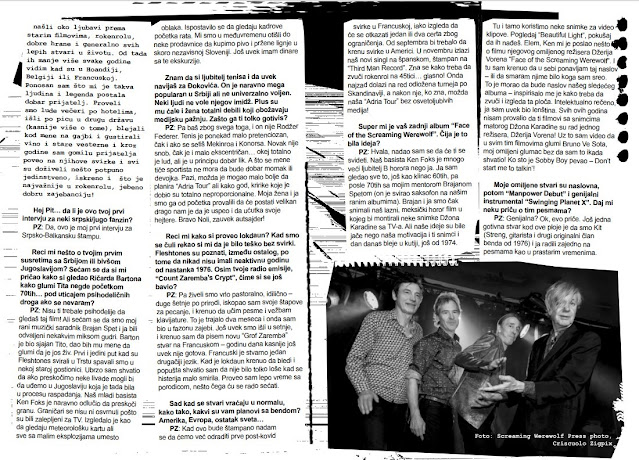 Posted by Lindsay Hutton at 10:50 AM No comments:

Posted by Lindsay Hutton at 10:15 AM No comments:

I'M WAY OVERDUE A VISIT TO THIS PLACE!

Posted by Lindsay Hutton at 4:28 PM No comments:

Posted by Lindsay Hutton at 2:57 PM No comments:

IT'S ONLY TEENAGE WASTELAND...

Posted by Lindsay Hutton at 11:15 AM No comments: 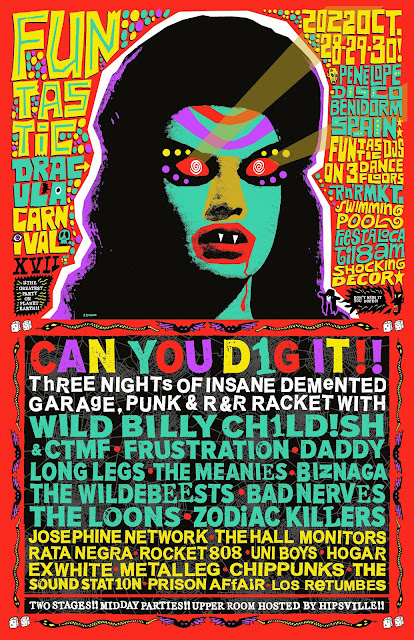 Posted by Lindsay Hutton at 10:49 AM No comments:

Posted by Lindsay Hutton at 6:16 AM No comments:

CAMPAMENTO RUMANO - BACKDATED MUSIC FOR THE FUTURE FROM BILBAO

Posted by Lindsay Hutton at 3:04 PM No comments:

Posted by Lindsay Hutton at 6:06 AM No comments:

Posted by Lindsay Hutton at 5:51 AM No comments:

FUNTASTIC IS SEVENTEEN GOING ON CRAZY!

Posted by Lindsay Hutton at 11:43 AM No comments:

Posted by Lindsay Hutton at 2:04 PM No comments: