Expectation, by my reckoning, should always be low. This reasoning has served me pretty well over recent years. All of this post-Election stress disorder has ramped up this disposition. It looks like the cast of a sitcom/soap opera is now running the country. I’m toying with the prospect of no TV or radio for the next while because, to quote Popeye, “I can’t stands no more of it”. The horse-trading that has been going on will end in tears and I don’t want it to be yours or mine. Working on the assumption that we’re doomed, there’s everything to play for. The daftest wee country in the world is all set for a beating and as Hannibal Smith of The A-Team (don’t get me started about the remake) once said, “It’s always darkest just before it goes completely black”. And we ain’t talking African American.

I only just came to the realisation that Tigerfest will have started.

It’s another one of those evenings where there’s about a half hour to turn things around but I’m not expecting this to be a late night. I’m too fecking old for two of those in one week *.

Anyway, Iain Shaw – downstairs in Tut’s between 7 and 8pm. maybe see you there? Pre-Chuck Prophet entertainment. No Cover charge. You may well be able to score copies of his albums too. Seems like a primo deal. Won't promise that I won't be back later but I'm angling not to be on anything like the last train. Wish me luck...
Posted by Lindsay Hutton at 5:05 PM No comments: 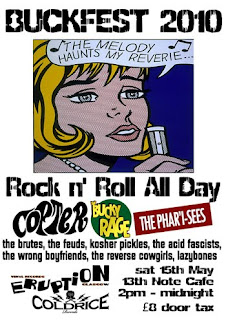 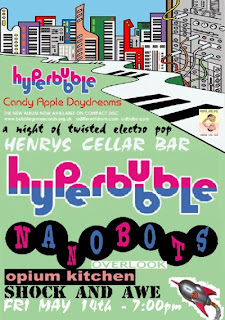