Posted by Lindsay Hutton at 5:36 PM No comments:

Yesterday's Loog discussion with John Cavanagh was a fine thing and played out to a packed gallery space. He's quite a character and I would make a suggestion that Bill Nighy play him in any perceived film of his books. He mentioned that the publisher of the first two isn't interested in picking up the third. Perhaps they're mental?

What happened to the promise of fine weather, it's chucking it down so thankfully there's a showing of "Jaws" along the road. Look forward to reliving the moment when Bert McMillan yelled "oh ya bastard!!" when the head falls down in the bottom of the boat at the top of his voice at the ABC in Falkirk. A bunch of us queued for the very first screening on Boxing Day 1975. Followed by steak pie and chips in the long-gone Tudor Restaurant afterwards. Good times.

Wow, I was bestowed the honour of being the sixth Dahlmann this morning. That's one louder than a knighthood in this neighbourhood.
Posted by Lindsay Hutton at 9:07 AM No comments: 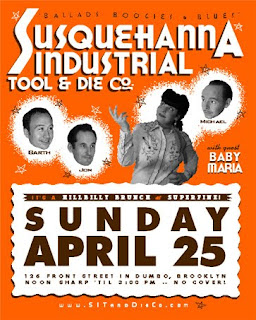 Yours in service, Michael