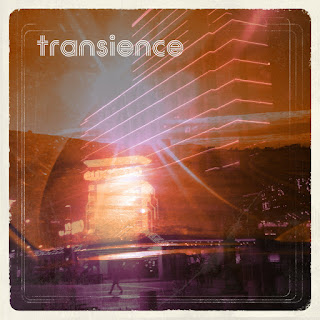 The latest Wreckless Eric sonic mini-series is called "TRANSIENCE" and he’s currently traversing the length and breadth of this sceptic isle in support of its being let into the world.  Picking up the psychedelic beat shapes of "Construction Time & Demolition", “Transience” continues Eric’s soundtracking of imagined kitchen sink dramas that take place across continents.

I’m no audiophile but I feel like he’s continually breaking new ground in the exploration of fusing several generations to arrive at something way more fresh than we’ve been used to by artists that are still making new music. The inclusion of Kevin Coyne’s “Strange Locomotion” is timely, it could well be a description of the content therein.

I hope he can keep up these instalments. It’s like the sonic equivalent of Better Call Saul. These eight songs run concurrently and need to be consumed in this sequence for maximum effect. As the guitar in this season’s finale hits the discordant peak you just wonder what’s next. There’s not resting on your laurels and there’s creating ground-breaking musical art but seldom are the two melded so seamlessly. Hear it, see it, feel it and be relieved that the quality control department out in Catskill has been working tirelessly to bring you the toppermost in entertainment.
Posted by Lindsay Hutton at 9:15 AM No comments:
Newer Posts Older Posts Home
Subscribe to: Posts (Atom)