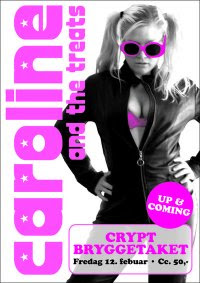 It’s a big weekend for greeting card manufacturers, florists and choccy sellers as they up-end individuals on account of "Valentines Day". Cue Hello Saferide song. I just found out that “Before Sunrise” and "Before Sunset” is The Cameo double bill on Sunday. It reminds me of meeting Julie Delpy with her parents just along from Filmhouse once. I spoke to her and I’m sure she hadn’t a scoob what I was saying but she was nice. I sort of like those movies but don’t fancy attending as a gooseberry.

As befits this time on a Friday, I am brimful of positive intentions. This extends past the normal cut-off point because I’m off until Tuesday so the potential for industrious behaviour knows no bounds. Still, let’s see what’s been achieved in real terms before my strong suit of procrastination kicks in. Time is slipping by and with every passing day it’s difficult to figure how so much got done before. Now even a simple trip to the post office is fraught with problems being that the service isn’t what it once was.

And don’t even get me started on how long it takes stuff to get from A to B or indeed if it makes it to the requisite destination at all. This isn’t just something that’s going down here. There’s a bunch of stuff hasn’t made it here (yet) either. For instance Caroline, who has a show tonight (see flyer above) sent 45s from Norway and guess what? That's right, it appears someone has snaffled them. Not that I blame them for coveting the contents of this package but I will foot their collective arse if I ever discover the culprit's identity.

So yeah, it's a braw, bricht, cold blue sky outside so I'm about to grab me some of that.