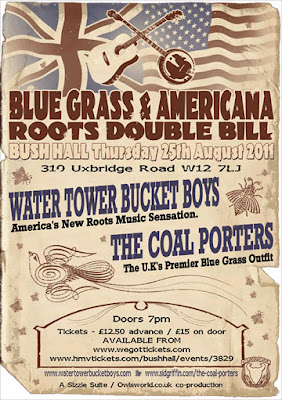 Posted by Lindsay Hutton at 8:12 PM No comments:

More than halfway through the thing called August… took in a small corner of the Edinburgh festival by seeing John Otway’s power point presentation. Maybe a tad overlong but he seems like such a good geezer and of course the price, gratis entry, is entirely right. I’m not sure if it runs for the entire festival but if you’re in town then you could actually pay to see a much lesser performance.

And then there was Shonen Knife. In a crammed Sneaky Pete’s the j-pop-punk triumvirate belted it forth as only really they can. Defying all pop clichés and employing the wattage of pyramid power, the set itself maybe wasn’t as great as last time at Tut’s in Glasgow but it was still a hoot. I put this down to them maybe not including “Barnacle” this time. Although their ode to sushi came mighty close.

The place was rammed so there was no way the girls could get offstage to do the encore ritual. So they stayed and played a medley of Ramones songs as can be found on their Osaka Ramones tribute that has just been released. The version of KKK would bring tears of joy to a glass eye and well, it was just magic.

Great show = great merch and Murray noted how it seemed like the audience just turned around and queued for the gear. It might have been a school night but it didn’t matter at all because a visit by these girls is still an occasion. Like Otway, they occupy a special place that’s damned cool to connect with. The Knife are making their way across Europe in the coming weeks. If they can kick my spirits into life then chances are they can jump start yours too.
Posted by Lindsay Hutton at 6:17 PM No comments:
Newer Posts Older Posts Home
Subscribe to: Posts (Atom)