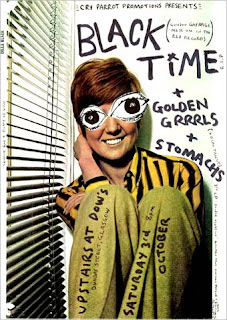 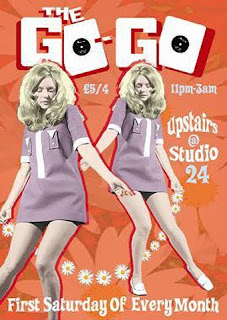 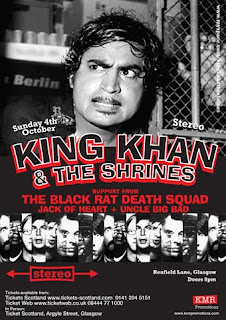 Great news about The Nomads/Sonics show in Stockholm. Not so great that I won't be able to make that particular scene but there you has it. It will be a historic night for sure, being that our Solna friends kept the fire burning these past few decades.

The news about Amy Farris was a little jarring. Just yesterday, I got a poster for the latest Dave Alvin and the Guilty Women shows across the USA from Amy Allison and was wondering how we could pull off getting them over here to play. Bleery eyed, I noticed Gregory Boaz’s facebook post and had to read the link a couple of times. It’s getting to be that every day we hear of someone passing that still has a heck of a lot of living to do.

Having some difficulty firing on even one cylinder at the minute. There’s not enough time to assimilate all the info that comes in to get it on here. And there’s a lot of pish to wade through that I guess comes with the territory of being added to mailing lists without asking to be on them. It’s quite a time consuming practice trying to unsubscribe and, when you do, I’m sure it makes some people more determined that you will remain on there for all eternity. It’s not quite at the level of calls to upgrade my kitchen but it’s getting there. How much would you like to garrotte these buggers that try to keep you on the phone?

I know, the individuals themselves are only trying to eke out a crust. It’s not actually them that should be hurt. It’s the people who run the companies. I imagine this happens everywhere and that it’s not just a symptom of UK desperation. As if anybody would ever do business with a “cold caller”. Must have needed to get that out of my system following a run over this past wee while. My means of call screening are pretty antiquated at this point in time and well, some of you know that I haven’t exactly embraced mobile technology with open arms.

Anyway it's apparently October and, as London goes under the thunder of Mott - here's a few things that are coming up around these here parts...

Black Time at Dows in Glasgow on Saturday October 3rd.

In the other coast, The Go Go.

Sunday October 4th, east coast has a double bill of The Wanderers and The Warriors ar The Cameo. In the west, King Khan and the Shrines make their Scottish debut at Stereo in Glasgow.

Thursday October 8th - The Obits are at Mono in Glasgow. Tickets from Monorail (maybe?)

Friday October 9th - Mudhoney, The Vaselines and St Deluxe at The Picture House, Edinburgh. And finally, for this missive Eddie and The Hot Rods at The Citrus Club also in Auld Reekie. That would seem to be enough to be going on with...
Posted by Lindsay Hutton at 5:21 PM 3 comments:

The Nomads and The Sonics in Stockholm (Debaser Medis) - November 27th!
Posted by Lindsay Hutton at 5:53 AM No comments: