(Lack of) progress report... I spent most of today doing the back-breaking and largely thankless task of pulling up and disposing of old carpet(s). The bunker is in serious disarray and I've established that it's not necessary to get "permission" from any local authority to install laminate flooring in said living space. The TV is disconnected and the only music available is via computer. I should fire up the steepletone but it's all a bit like cooking for one. I'm threatening myself with the prospect of going out for a walk. Actually, I'd go along the road to the pictures but it's that Danny Boyle pish that's on and I have standards. Such as they are...
Posted by Lindsay Hutton at 6:05 PM No comments: 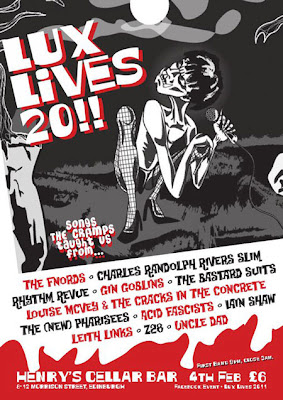