It was something like 19 degrees when I wandered round for the paper at 6.15am this morning. Summer has made an impromptu reappearance here in the rapidly tanking UK. Spent the day in Ed-boro yesterday with my Las (not Glas) Vegan homies Val and Greg. It was day of traipsing, Guinness and deep-fried mars bars then some more Guinness. Good times that also included a schlepp around the Botanics.

Some primo nosh in the Filmhouse bar and closing at The Cameo where it was too late for a school night for me to join 'em to see "Moon". Ran into one Fay Fife there though so it was nice to see her again for the first time in some years. Since the first reunion show at The Liquid Rooms in fact. There is no news to the effect that there are any more Rezillo shows in the pipeline if you were wondering.

So anyway, some local and not-so action coming up in the immediate to mid-range future... 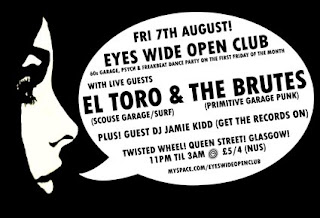 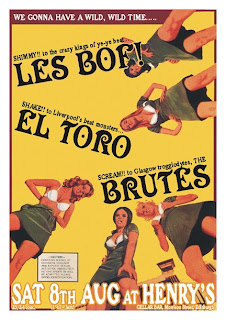 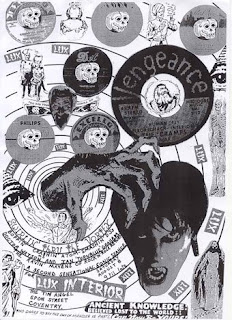 FRIDAY 7TH AUGUST:
EYES WIDE OPEN at the TWISTED WHEEL, Queen St., Glasgow - EL TORO and THE BRUTES, plus guest DJ Jamie Kidd (Get The Records On). Eyes Wide Open is a 60s garage, psych & freakbeat dance party - and this is their last night at the Twisted Wheel before they relocate to Blackfriars.

The Swirlin' through The Vortex Lux thing is in Coventry this weekend, saturday 8th at The Tin Angel.

No relation to the Philly one presumably?
Posted by Lindsay Hutton at 5:38 PM No comments:
Newer Posts Older Posts Home
Subscribe to: Posts (Atom)