Posted by Lindsay Hutton at 1:02 PM No comments:

Posted by Lindsay Hutton at 11:20 AM No comments:

BRIAN HOGG on ROY A. LONEY and his significance in this particular universe! 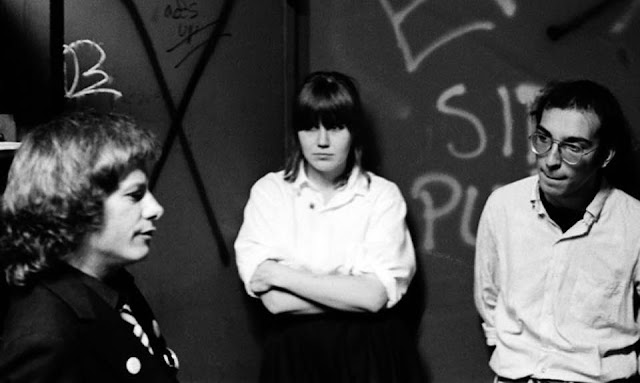 I never met Roy Loney, nor to my regret, did I see him onstage, but as a member of the Flamin’ Groovies he played a vital role in my life. Yet, despite such a forthright statement, I can’t exactly recall how I first became aware of the group. I’m fairly sure it was via Lester Bang’s review of Supersnazz in Rolling Stone, but at that point I paid scant regard to his opinion – this was the man, after all, who’d panned Kick Out The Jams – which is perhaps why there’s some dubiety over the timeline. However, that same Groovies’ album was on my radar in 1970 and, during a fetish for the unknown, I opted to order an import copy, unheard, alongside the debut from Dan Hicks And His Hot Licks. I felt then, as I still do now, that it’s a patchy collection but it was one I kept returning to, sensing a hidden potential.

True fandom kicked in the following year when Flamingo and Teenage Head were paired for British release. There’s little point in extolling just how great these records are; if you are reading this you know it already, but their distillation of Detroit high-energy, rockabilly, garage bands and British R&B was utterly captivating. Roy’s vocals, almost Zelig-like, could be Dr. Ross or Mick Jagger, but they were imbued with his unique swagger and poise, tongue slightly-in-cheek, yet always affectionate. I was hooked and would play these records at any opportunity; at home, at friends and in Bruce’s Rose Street branch where I worked part-time. It was while there I discovered via United Artists that Roy had parted company from the band he co-founded, but that a revised line-up would move to the UK and record here. A package containing ‘Slow Death’ duly followed, as would ‘Married Woman’ some months later  -  I also saw them live at the mudbath that passed as the Bickershaw Festival.

And so it continued. In 1974 I travelled to London’s Rock On stall to buy the Skydog releases and was in Paris the weekend Sire unleashed Shake Some Action into the world, although that was a coincidence – honest.  This, however, takes us a bit ahead of the tale. These years were not quite as bleak as Pop orthodoxy now determines, but there’s little doubt music’s overriding tenor then was that of sullied complacency. Contemporaneous compilations of 1960s’ material such as Nuggets, the Creation’s 66-67 and Mersey Beat ’62-’64 teemed with an inventiveness, purpose and excitement so lacking in most mid-70’s releases. Fired by their content and inspired by Who Put The Bomp and The Rock Marketplace, I laid plans for a fanzine to celebrate the era. As always with such matters, choosing a name took forever. Several pop art-type options were tried but rejected and I instead found myself drawn towards song titles found on records never far from my turntable. Cue the Groovies.  Perfect! Here was a band I was passionate about condensing everything I thought great and so it was decided - the fanzine would be called Yesterday’s Numbers. It stayed that way for around a week, but I gradually thought that too specific and wanted something punchier. Having pulled Supersnazz from the rack, my eyes immediately fixed on the penultimate track and from then on in there was no question – the magazine was now Bam Balam.

Issue 1 appeared in February 1975, fourteen in all would trickle out until 1982 after which I began writing liner notes, often for labels run by people - Andrew Lauder, Roger Armstrong - I’d first met on the trail of Flamin’ Groovies’ releases. As for the band, they had continued under Cyril Jordan’s unbending stewardship but, much as I care for those late 70s' recordings, they increasingly showed signs of stylistic paint and corners. It was also sad to hear members deny their early work and, by extension Roy, when much of it was at least the equal of that which followed. Indeed a succession of archive releases from the period, live and studio, as well as a repackaging of Sneakers, the group’s magnificent debut, confirmed just how special this first line-up was. Any difference between the two was of emphasis; Cyril wanted his music to be of a time while Roy preferred to celebrate it. That he would continue to do, beginning in 1978 with the excellent Artistic As Hell, maintaining it over the years with various aggregations, notably The Phantom Movers and The Longshots. Perhaps he never regained the artistic heights of the Groovies’ halcyon period but, to quote Joseph Heller when asked why he hadn’t written something the equal of Catch 22 – who has?

Although wary of such get-togethers, I was genuinely excited at the thought of seeing Roy reunited with Cyril to take Teenage Head on tour earlier this year, perhaps even shaking his hand to say “thank you.” Alas, it was not to be, but any personal disappointment pales into insignificance with the sad news of his passing. 2019 was already a bitter year for the Flamin’ Groovies following the death of Mike Wilhelm but the loss of Roy Loney has extinguished the spirit which forged them. I will hear those early records a little differently now but will always love the music within and be thankful for the personal paths they introduced.

Posted by Lindsay Hutton at 10:46 AM No comments:

Posted by Lindsay Hutton at 7:51 AM No comments:


Posted by Lindsay Hutton at 9:38 AM No comments:

Posted by Lindsay Hutton at 7:57 AM No comments:

LAST OF THE ROCK STARS...

Posted by Lindsay Hutton at 7:50 AM 2 comments: 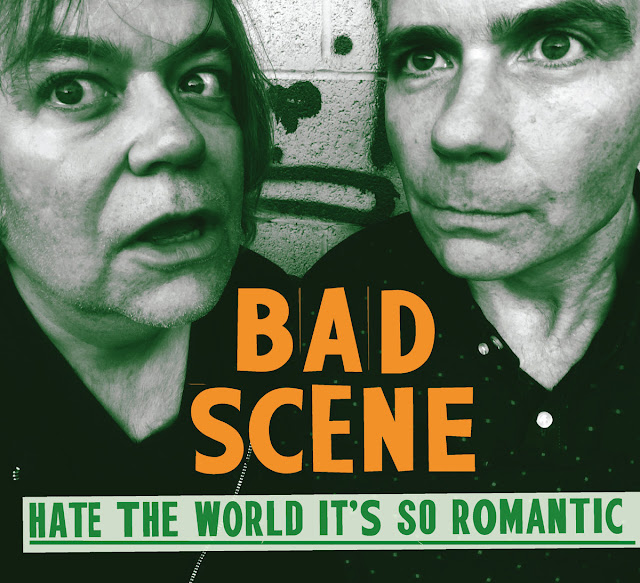 Posted by Lindsay Hutton at 6:18 PM No comments:

AMY AND BONNIE RAITT TALK ABOUT MOSE ON NPR