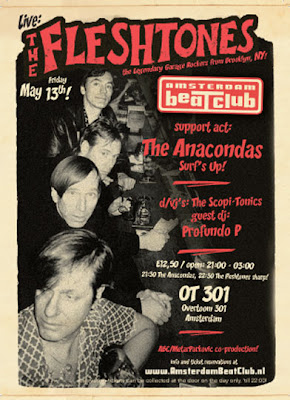 Posted by Lindsay Hutton at 4:56 PM No comments: 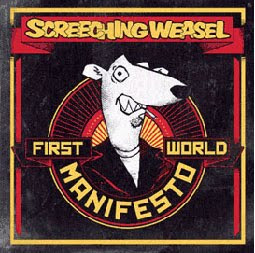 Leaving the fracas aside and the Blink fan commentary to the effect that the band sucks, “First World Manifesto” came out a week or so ago. In terms of packing a punch (oops), this is a tight wad of songs that don’t take themselves too seriously.

The dynamics take in the Weasel canon you (should) know and love and mix it up with a notion that’s not far from vintage Who in terms of high octane pop thrills. A dash but not so ramone-ic as The Riverdales with a Dickies vs Big Country via Fastbacks guitar harmonic and Barracudas snarl here and there. “Follow Your Leaders” kicks things off with lyrics that are likely to goad the haters from the get go. There’s no real let up after that so you’re either with them or you’re not.

The pace and inherent frequencies are pretty much what the doctor ordered. I don’t know what people expect from music anymore or if they even care. They’d rather piss about with a mobile phone or gab to their buds, preferably it would appear, using the former.

There are 14 songs on FWM, the killer for me being “Fortune Cookie” that includes the lyric “each day I’m just a little closer to forgetting then I’m reminded there will be no happy ending”. That one really hit a nerve. “Baby Talk” includes a section that I’m pretty sure is Ben lampooning a certain singer who I won’t/can’t mention because I don’t use language like that. “Come and See The Violence Inherent in The System” presumably seemed like a perfectly harmless song title at the time... (originally entitled "What? The Curtains??")

With the band handing in their collective resignation, the season finale on this is all a little early for my liking. The dust must settle of course but c’mon – this isn’t what the punk rock wars were fought for. For the towel to be thrown in at the first sign of soapy (bubble - trouble) surely? This fezbook piece by Joe King of The Queers is the only thing I can find that isn’t a pantywaist condemnation. Hopefully not so far down the road, something will happen to allow things to roll on forward again. Sometimes things escalate and spiral out of control. We’ve all been there I’m sure. If you haven’t then you’re a spotty oik that oughtta come back after some life experience.

Ben Weasel (Foster) is a stand up guy. He doesn’t suffer fools gladly or otherwise and I imagine that's why so many spineless divots are having a field day. Having admitted that he fucked up, the guy should be allowed to put this experience behind him. It’s unlikely that he’ll forget it so the sooner the whining ceases...

Meanwhile, it’s a wee bit early then to ponder whether 2012’s gathering will be renamed South by Screeching Weasel but you never know. Like MC Lars stated "Hot Topic is NOT punk rock".