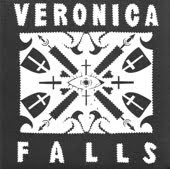 Veronica Falls debut 45 "Found Love In A Graveyard" (Captured) is out now. I really liked them when they opened for The Pastels/Tenniscoats toward the end of last year. A post-Velvets pop aesthetic delivers them from the trap that much of “Indie PLC” churns up in the name of art. Additional marks for a great, simple version of the Rok’s “Starry Eyes” on the flip. 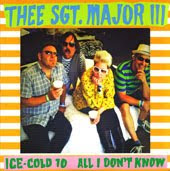 Thee Sgt Major III break out a frantic, rug-cutting, short sharp stomp entitled “Ice-Cold 10”. They include the young, fresh Sangster/Bloch tag team and this is a good ol’ pacific northwest twist on The Quick channelling The Fastbacks. Good times. A red marbled 7” on Book Records. 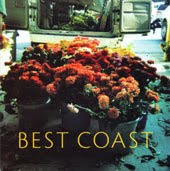 Best Coast is an LA lo-fi ensemble that trades in a primitive girl-group sound approximation. This EP, on Group Tightener, is just one of a bunch of 7” format releases spread across several imprints. Possibly related to the universe of the Vivian Girls and other groups that have taken up the baton of the Shop Assistants, this sounds like it came out of Glasgow circa 1985 and would make no sense at all on anything other than pristine black vinyl. 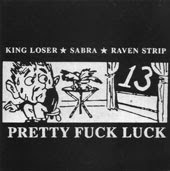 Pretty Fuck Luck is a Spanish phenomenon in the exploration of blues explosion. “King Loser” is a ramshackle, lolloping deconstruction of The Stooges playing skifflebilly on toy instruments with a savage bottom end. The "Thirteen Knocks” EP on Alehop! also includes “Raven Strip”, a bumpin’ grind but not as you may be familiar with. 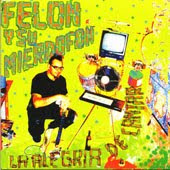 Felon Y Su Mierdofon is another Alehop! release that fuses the concept of the primal blues with an electronic ska type program loosely based on a bizarre world version of The Specials. Actually that’s bollocks but it’s pretty far out beyond the more extreme moments of Stereo Total. Elements of some kind of spazzed techno jolt approximating Vic Mizzy are also evident. It all makes some kind of cohesive sense when it’s flying out of the speakers even although it really shouldn’t. Pretty far out is not over egging this particular pudding.

There’s a fair old bit of short circuiting going on inside my napper I think. It’s a kind of one wheel on my wagon type feeling that’s hard to describe. However, that’s something I’ll hopefully get the better of. My boarding passes are printed and I’m looking forward to hooking up with the Stockholm massive. The countdown is on, can you hear the quiet engine hum?

Fuzzbook tells me that I’ll no longer receive notifications if I don’t do something that I’m really not clear about. Is this preparing a way for charging do you think? Why do they have to keep fucking about with what is actually a useful tool provided one doesn’t get embroiled in all the app bullshit or the quasi-second life type nonsense.

I have enough problems dealing with the one I have without springing for all that avatar guff. Somewhere in this disarray, I have some 7" single reviews to post but I also have to scan the sleeves and stuff like that and I'm not sure that's going to be happening this evening. Partly because there's other gear to deal with before taking my leave. Maybe's I'll fold, maybe's I won't.