So, what have I achieved tonight? Not much. I noticed that Fangs were going to be on one of those terrible "Orange Unsigned" debacles. This digibox thing of mine is pretty temperamental so I decided to just let it play in the background. There was a Pink special on and I have to confess here. I like some of that stuff. It's just the right kind of stupid, like Roxette. Plus I have it on good authority that some of here material is written by Swedes so I must have sensed that.

Anyway, I suffered through the unsigned trough and the aforementioned Glasgow act were on for all of less than a minute. However, they were several leagues beyond anything else which wouldn't have been a stretch even if they'd been total shite. Thankfully they weren't but I don't really understand why an act with this much raw potential is being subjected to this.

Lauren Laverne is somebody I rate and I can tholl Alex James but the alleged A&R guy...? I saw enough here to last me a very long lifetime. That's a good hour that I'll never be able to reclaim. Serves me right? Correctamundo but there's no need to look so fucking smug.
Posted by Lindsay Hutton at 10:03 PM No comments: 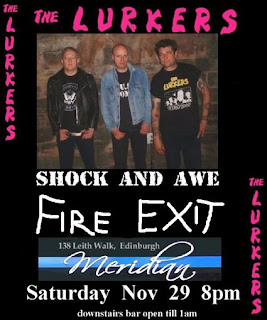 Posted by Lindsay Hutton at 7:23 PM No comments: 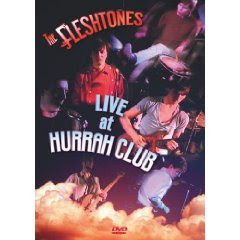 A high ol' Thanksgiving to wir US readers today.

If you're doing a spot of on-line shopping today maybe you'd like to order this item to your left here...