We are extremely pleased to announce the return of the Monorail Film Club.

First up, this Sunday we have Billy The Kid, Jennifer Venditti's powerful coming of age film. ‘I’m not black, I’m not white, not foreign, just different in the mind. Different brains, that’s all,’explains fifteen-year-old Billy. Intuitive commentary and intimate verite footage reveal a unique attitude as he responds to a painful childhood, first time love, and his experience as an outsider in small town Maine. By turns humorous and disturbing, this portrait challenges the viewer to understand a triumphant teen on his own terms.

The screening will be preceded by a short film The Waltzer Boys (20 mins), directed by Martin Clark. The Waltzer Boys is a charming documentary about the magic and lure of fairgrounds in small towns in the north of Scotland.

Martin Clark will be introducing the screening. He is a Glasgow- based photographer and filmmaker. Join the film club after the screening in Café Cosmo.

Posted by Lindsay Hutton at 12:51 PM No comments: 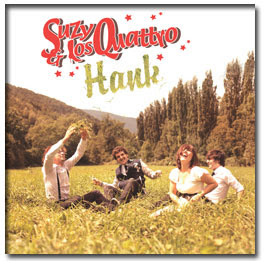 Woah. Talk about turning a negative into a positive.

On March 9th 2009, Suzy and BB Quattro’s friend HANK was murdered. This catapulted them into an episode that they’ve captured like an audio movie. I hesitate to use the expression rock opera because this includes the roll part too. In addition to the fact that they had to deal with the loss of a dear friend, the healing process took many twists and turns. All of those are documented here in terms of a collision between the finest shards of East Coast US punk and glorious Californian pop.

I put my hand up – I am undeniably biased but sometimes one has to be objective. There are times when in order to retain any sort of credibility then such bias has to be set aside.

As much for the acts sake as for the individual who is testifying.

So, I solemnly swear that this album plays out like a great movie. It has a beginning, a middle and an end. Sequenced to be listened to in order but the individual songs stand tall in their own right. Be it the Diddley crunch that hits you like John Wayne pummelled Victor McLagan in “The Quiet Man” or an anthem like “In My Dreams Again” that literally reduced me to rubble. “Freak Out” and “Kick Ass” are power rockers that’ll have you bouncing and punching the air like you thought you’d forgotten how to. The latter not unlike a tag team guitar rassle between Brian may and Ross The Boss. Phew!

It’s been a pure pleasure to watch the band get here. It’s not fake, it’s not forced and their version of the Zim’s “You Angel You” is as jaw dropping as how The Who interpreted Mose Allison’s “Young Man Blues”. Suzy’s vocal on “Still Mad About You” is pure Minnie Ripperton, a soul/doowop hymn to their departed amigo that manages to convey hope for the future in addition to declaring their allegiance to HANK.

Wherever he is at this point, I bet H is damn proud of what his old friends have assembled in his honour. He must have been a heck of a guy to warrant this standard of remembrance. Though I never had the pleasure of meeting him, I reckon we would have gotten along just (Jim) dandy.

That’s my pitch – if you don’t like this then I really can’t help you but if you do then savour it because they hardly ever make blockbusters like this anymore. As a double feature with the upcoming Dahlmanns opus “All Dahled Up” the outcome could be terminal.

But what a fucking way to go.