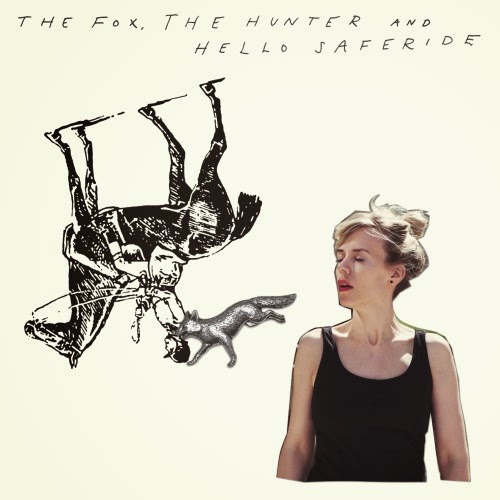 Evoking pulp, sparks, roxy music and the soundtrack to carnival of souls re-imagined by tangerine dream. Producer Christian Gabel used to be in Bob Hund and that’s the direction this orbits to a degree. I guess it’s what might be referred to as “minimal”. As opposed to orchestral maybe. But this quibbling never dampens the bigger cinematic picture. I used lower case on those band names back there because the evocation is spiritual rather than sonic.
“I Forgot About Songs” recalls “I Wonder Who Is Like This One”, quiet, understated and all the better for a faulty electrical connection. “The Crawler” made me wonder if Annika ever heard Ivor Cutler. Probably (possibly) but you never know, and why would she have? Anyway, the point I’m struggling to make is that this is prose as opposed to mere song. The dialect of her voice is as much an instrument as any other employed to give this material the form that we can hear. I’m not sure if that explains anything at all but I know what I mean. “Raspberry Lips” is reminiscent of Suicide’s “Surrender” and I plan to test the suitability of a segue for any future dj stint down the road.
Closing opus, “This Body” is like an astral cousin to Lou Reed’s Berlin with Christian G playing the part of Bob Ezrin. There’s a song on here called “Berlin” too but I think that’s just a coincidence. Anyway, the strings are equally as chilling as “Sad Song”, channelling a similar, spare, forlorn oddness.
No-one not nowhere is making music that is as beguiling as this. It provides an outpost in which to get gone from the mundane, far, far away from any flavour of the minute. This latest diary entry indicates that there’s no end in sight to the magic that this girl has been weaving for the best part of a decade now.  Maybe, just maybe, the world will catch on to this extraordinary catalogue that has been spooning my sad little heart over these past years.

Further direct evidence of the lady in question being “good with words” can be found in “Texter” a book of lyrics that has just come out via Teg Publishing. It resembles a bible of sorts with its red edged pages and it contains everything but the contents of på engelska for some reason. It’s mostly in Swedish with the exception of the Hello Saferide lyrics but completists will need to grab a copy anyway.
Hearing the stream was one thing but I urge you to seek out the physical release. This is a rare occasion when rare high expectations were actually met and raised. That seldom if ever happens. At least not with me.
This is soul music. Maybe not as you know it but that's what Hello Saferide is. On the Razzia imprint where they know about such things.
Order your copy here!
Posted by Lindsay Hutton at 7:14 PM No comments:
Newer Posts Older Posts Home
Subscribe to: Posts (Atom)