Made it. I miss my Stockholm peeps and the tube-clearing, dry cold climate too. This weekend will be taken very slowly, close to the bunker with the exception of a Tesco run and a screening of “Breakfast At Tiffany’s” along the road. It’s also likely that a visit by two top entertainers will drop in here on Sunday so I’m looking forward to that.

Today, I earwigged at least three individuals come out with the “can see where you’re coming from” line that’s joined “don’t even go there” in irritating Jerry Springer-speak that’s slithered into the language banks. It sounds ridiculous because the Brits simply don’t have the twang for it. In much the same way as African Americans could probably never say “awa’ an’ bile yir heid” properly. It’s all symptomatic of the slide that culture is taking. Pre-programmed guff that phuts out in loops. If they thought for a minute about how retarded it sounds, they wouldn’t do it. Or maybe that’s the optimistic Friday me hoping out loud.

Oh yeah and I just made an important executive decision to attend an important shindig in June. Not one for acting on impulse but have just lately been thinking that the crew is more important than the long green I don’t have.
Posted by Lindsay Hutton at 5:04 PM No comments: 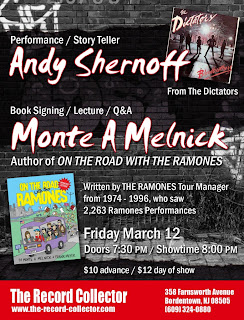