Audiences are a funny thing these days. Outside of the hyped acts, it’s always difficult to call but I expected Tut’s bar to be a little busier last night in the prelude to their Chuck Prophet show. It possibly GOT busy but I was on the train home by that time. Anyway, Iain Shaw landed an opportunity to play downstairs prior to that event. In theory, it was a good opportunity to be seen by people who would like what he does. In actual terms all it gave him was perhaps the idea to dub the sound of a puggy (fruit machine to those not familiar with the term) into the backdrop of his next recording.

Still, he valiantly worked through a three-quarter hour set and displayed that what he’s doing works. I’m hoping that the subliminal effect of hearing an acoustic version of “Sonic Reducer” will have intrigued a handful of the stragglers to try and find out what was going on. In retrospect, it might have been a good idea for them to chalk the fact that he was playing on the door like they do with the main room event. Mr Shaw is a one-off alright.

No further gallivanting in the cards then, certainly not pre-Barcelona. And no TV. Although I might bend that a little to watch “Treme” on DVD but would prefer to leave that until the weekend. Ah, the weight of the world comes in many forms.

I read something today about how this new regime will affect culture. This is possibly the least of our worries. It’s likely to ignite something approximating the punk rock wars of the late-70’s but who knows what form that might take. Channelling the pissedoffness will be an artistic endeavour that will percolate amidst the discontent and unrest that must surely on the horizon. You can’t have the Olympics AND culture. I say “you” because I couldn’t give a rat’s bahookie about any kind of sporting antics, least of all that bullshit. And the ConDem’s (the n has been dropped for some reason) have just agreed to take a 5% pay cut. Hands up who reckons that the proles will be encouraged to do the same, or at least settle for no increase. The country is in trouble don’tcha know?

The whys and wherefores of possible recompense via ex’s (as in expenses) remains to be clarified. Several people have suggested that I give them (the new government) the benefit of the doubt. Not possible. They can prove me wrong, right. The hatches are set to be batoned down and I hope we all emerge from the austerity sound of mind and body at least.

Tomorrow is Friday, we’re approaching the city limits of upbeat already. Some garden tidying of a graphic nature may ensue...
Posted by Lindsay Hutton at 6:07 PM No comments: 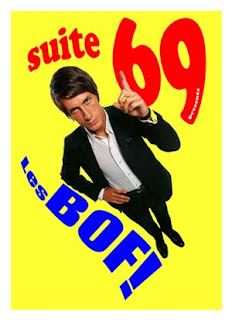