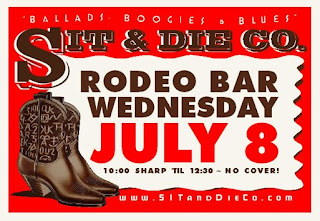 Posted by Lindsay Hutton at 7:40 PM No comments:

Not exactly sure where all the time goes anymore. It flies by in a blip though. No matter how strong my intentions to prioritise are there's always something that shoves a stick in the spokes. Whilst I'm enjoying relative success at keeping away from facebook quizzes at the moment, there are sundry other things that suck up the hours. Still, it could be worse.

I'm really backed up with listening too to the point where it sometimes becomes a chore. I'll say it again, (please) don't send unsolicited mp3 files. They choke up the inbox and sometimes halt the delivery of other messages. If you're thinking about doing that and I don't know you, then exercise some consideration and ask first. This will assist both parties. What's more don't send links to stuff that would patently be of no interest. Look at the contents and tell me where you think some of the lame indie guff that floods in might fit here? Quality control is still something we believe in here. Some individuals may not be familiar with that concept as they cut and paste their little hearts out.

A wee bit of info for anybody who is travelling to Dunfermline on Wednesday. If you aren't travelling by car then you can go from Haymarket Edinburgh to the main station and it's a five minute uphill walk to the Carnegie Hall from there.

Buswise from Glasgow, they seem to leave Buchanan St Bus Station at half past the hour and journey time is an hour and 10. You'd have to get back by train via Haymarket though so you'd be as well doing the whole shebang by train.

Public transport in the UK blows, but you knew that. The show should be over by 9.30pm-ish so I figure it's do-able by choo-choo. If you're coming from elsewhere or further afield then drop me an e-mail and I'll attempt to help you out if you're stuck.

You don't just want to hear about it the next day, right?

So drinking coffee staves off Alzheimer's? I better load the heck up then because I'd forget me head if it wasn't screwed on. At this point in time, I feel like my batteries simply cannot be recharged. If I was a writer then I'd cry "writers block" but as it is, it's just block. As in concrete. I'm have no earthly idea what the answer is. Lefsetz was claiming that the Jackson fiasco is the final nail in the coffin of entertainment as we know it. I think this phenom is entirely a media fiction and that not nearly as many people give a hoot as the various forms or reporting are making out. Life long since imitates the National Enquirer but I'd prefer it was the Weekly World News. In the form it took when Lux sent me a whole wad of xeroxed headlines back in the LOTC days.

A Thank You To Willy DeVille (Link courtesy of Peter Holsapple)

The other MJ (Link courtesy of Deborah Frost)

There was something else but this is where a cup of joe might come in handy...
Posted by Lindsay Hutton at 5:54 PM No comments:
Newer Posts Older Posts Home
Subscribe to: Posts (Atom)