I never met Sandy Pearlman but he played an extremely important part in my formative musical years.

An obsession with Blue Őyster Cult led me to discover a group by the name of The Dictators. The only reason I picked up "The Dictators Go Girl Crazy" was because it was produced by Pearlman and (Murray) Krugman. Integral cogs in the BOC machinery that were flagged up by New Musical Express scribe Max Bell. SP also produced the best Clash album “Give ‘em Enough Rope” by giving them just that to sound less parochial and maybe appeal outside of Blighty. Afficianados of said group will bleat mightily to the contrary and I guess they’re entitled to their opinion however...

Pearlman and Krugman performed a sonic alchemy that created a mutation of metal and what at the time was proper punk rock. Folks of a certain age and persuasion know exactly what I’m talking about. They were able to fuse The Yardbirds, Black Sabbath and the MC5 into something that has never really been bettered. I think I was 14 when I first heard BŐC and they’ve stayed with me throughout the journey. Like they have with many close associates.


Without Sandy and his old tag team partner there would likely have been no way that I’d have discovered Andy, HDM, Ross, Scott and Stu Boy. Without them then you lwouldn’t be being subjected to this. I’d just read a facebook post by Scott Kempner the other day that suggested the prognosis may not be so good.

Condolences to his friends and family at this time and profuse thanks to him for setting me off down this road.

The Glorious 12th - MIRIAM and NOBODY's BABIES back where it all began! 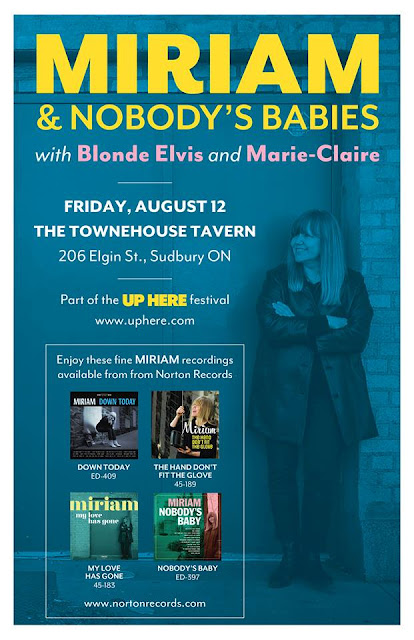 Posted by Lindsay Hutton at 7:55 AM No comments: 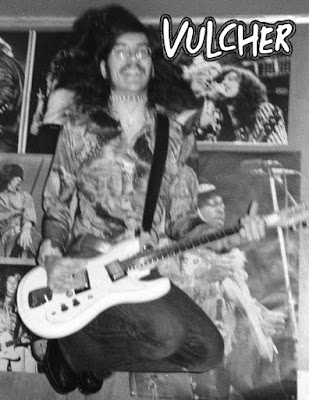 I'm honoured to be amongst a host of zineage stalwarts here in the debut issue of Vulcher. Not available as a PDF or any of that malarkey. This is a living, breathing slab of print complete with those good old print fumes.

This link will take you right to the place where you can score a copy (or three). Sam and Kelsey will keep you right if you have any questions about ordering.

It's just 8 bucks with postage within the USA and maybe 15 to Europe. Anyway, please consider supporting Vulcher. That way it can continue.

Issue Two should be out around the end of the year maybe.
See that it does.
Posted by Lindsay Hutton at 8:34 PM No comments:

A Short Film About Suicide

A Short Film About Suicide from Start Productions on Vimeo.
Posted by Lindsay Hutton at 5:40 PM 1 comment:

I was lucky enough to actually know Alan Vega a bit. My first encounter with Suicide had been via the 1976 Max’s compilation. When the album came out, it polarised anyone that it came into contact with. In the mind of a daft wee fanzine editor, the duo became part of a holy NY quinity – Cramps/Dictators/New York Dolls/Ramones/ Suicide – presented alphabetically, not necessarily in order of merit.

Howard Thompson had licensed “Suicide” for release on Bronze in the UK after being alerted to their existence by Kevin Patrick who’d sent him a copy as part of their ongoing record swapping activity. I met H through Ms Miriam Linna who was working for Marty Thau at Red Star. I’d recently made contact with Miriam via Richie Teeter of The Dictators and had sent her a tape of Simple Minds that she had played for Howard. Anyway, over the years, I got to know Alan via HT and I always found him to be the consummate gentleman. The first time we met, I believe, was the third floor of a place called Danceteria in 1983 and many times over the years after that.

The best New Years Eve I ever spent EVER was at the close of 1990 in a bar close to Alan and Liz’s apartment. It involved HT, Vega and I discussing the best method of preparing a roast. How much more rock’n’roll could it get? We were the only people in there. Everybody else must have been in Times Square or wherever. It felt like the only people left in the city or even the world, aside from the bartender. There was also the time that Alan weighed in to try and save BBC Radio Scotland’s Beat Patrol. Scotland was always amenable to Suicide at the time when many other places were not. Alan was perplexed when the audience at Tiffany’s in Edinburgh attempted to dance to their “music”. I found that baffling is because audiences in that city are not renowned for dancing to anything let alone something as newfangled as these guys were.

Suicide played a show at The Buffalo bar in London a few years ago (June 2007 as a warm-up for their Grinderman opening slot?). HT, Tony Thewlis and I witnessed a sound check that was so mind-blowingly surreal as to make me wonder if it ever actually happened at all. I saw them a good number of times but this was Lynch-like in terms of electricity.

My most recent interaction with him was when Liz kindly put together his recollections of the "Cubist Blues" record for the Light In The Attic reissue. Getting her notes, one perceptive quote really hit me. “We were meditating on sound and time was suspended.” It was so perfect, so Alan. When I sent Iñigo the draft, he freaked out at how succinctly Alan had nailed it. Another thing I recall was my ex-partner being scared to meet Vega and then not being able to believe how nice a man he was “in real life”.

He was and is and forever will be an extraordinary character and inspiration that was locked on a constant trajectory to create. Seemingly unfettered compared to the rest of us. Suicide may might not have set the heather on fire at the time but once the blaze started an eternal flame was lit and those initial dreams burned forever. The world caught up. How did that happen? And then there were his solo records. Always breaking new ground, setting the bar higher and ever higher, visceral one minute, heartbreaking the next.

An Alan/Liz/Dante project that was previewed at The Barbican is in the pipeline. Recordings that Alan completed with Ben Vaughn and Palmyra Delran will also hopefully find their way into the world over the coming months. It won’t be easy to adjust to a post-Vega world. Who the heck is even close to being as qualified to scream the truth at and for us now?
Posted by Lindsay Hutton at 5:46 PM No comments: