Browse the online brochure for the 2009 Glasgow Film Festival...
Posted by Lindsay Hutton at 7:01 PM No comments: 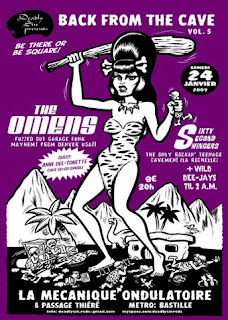 Posted by Lindsay Hutton at 2:59 PM No comments:
It's official. The UK is in recession but Scotland won't be officially screwed until April. That's either got something to do with the way that the stats are compiled or they're expecting the Homecoming/Burns hype to turn our economy around. Haggis sales this weekend are expected to be brisk. Whatever credibility Rabbie ever had was dealt a heavy disservice when Eddie Reader decided to make an album of his songs. Somehow, this led the charge to wheedle in a whole bunch of professional Scots. Walking effigies of the heather and biscuit tin, tartan toting albatross that is considered an aberration by those who are trying to forge a "brand".

I hate, hate, hate the expression "brand". Those with a vested interest try to make it mean more than "logo" but at least there was a place for one of those. Provided that it's not plastered all over the place to try and eke out a little glamour by association. Anyways, tis Friday again (slipped in a wee bit o' Rabbiespeak, oops it happened again... my appo-loggies) and this is good irrespective of the sinking ship status we find ourselves in.

Banker, merchant or otherwise has long been rhyming slang but has taken on a whole new meaning of late. Bankers have joined the ranks of politicians as the individuals that we can have no confidence in. And a couple of days into hearing "President Obama" referred to, I have to admit that I'm a little sick of it. Some of my closest and dearest friends are believers and I hope for their sakes especially that he will indeed make a diggerence. The fact that he's too "shiney" for my tastes are neither here or there. There are two words athat i've used in conversation to wind people up lately but i'll refrain from using those here.

It's not the Barack fella's fault that he's inherited a big bowl of wrong but I think that all the hope and goodwill should be tempered with a modicum of "what about the people round about him". On the upside, when I hear him talk, he reminds me of Dave Alvin for some reason. If Dave were President then I'd KNOW the US was in good hands.

But anyway, we are indeed in this thing together. Despite the default human condition being seemingly set to "arse-covering", let's hope that we can salvage something from the alleged long tunnel of austerity. Miniscule green shoots and tiny little lights at the end notwithstanding.

So yeah, "school" is out until Monday so things are pretty buoyant. The Monks film is on at GFT on Sunday so I hope to see a whole bunch of you locals there. I'm inclined to keep the Rabbie Burn's theme going as I close this segment. I could e-mail an mp3 of my father doing "The address to the haggis" to anyone exiled away from "the daftest wee country in the world" or whatever the tag-line is. All you have to do is send a message via the contact link with "Haggis mp3" in the subject box.
Posted by Lindsay Hutton at 1:30 PM 1 comment:
RIP - Mickey Gee
Posted by Lindsay Hutton at 5:33 AM No comments:
Oh dear, long time pal Fenderwoods has started a blog so he can share the "highlights" of his collection with us mere mortals... Dig in at own risk...
Posted by Jeroen Vedder at 12:32 AM 1 comment:
Newer Posts Older Posts Home
Subscribe to: Posts (Atom)