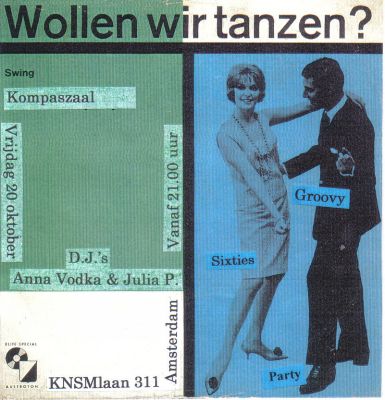 Posted by Jeroen Vedder at 11:31 PM No comments:
OK, the news is finally here, the hottest ticket in Glasgow this coming November!..
Sounds of Sweden and Dolly Mixture present:

Sounds of Sweden have teamed up with the lovely ladies of Dolly Mixture to present our best line-up yet – a trio of amazing female-fronted bands from near and far.

Behind stage name *Hello Saferide* (inspired by an intelligent bus driver in a drug-addicted small town) is songwriter Annika Norlin, a musical version of Holly Hunter who has become the veritable darling of the Swedish music scene in the past year. She'd been writing songs since the age of seven, never aspiring for anyone else to hear them, when she recorded the song *Highschool Stalker*, about a young girl stalking her crush. It was an instant Internet hit with its handclaps, Shangri-Las ask-and-tell chorus, scrunched-up trumpet, and rollicking guitar pop. She immediately got a record deal and her first single, *My Best Friend*, featured the lyrics "Damn, I wish I was a lesbian/so I could fall in love with you." It immediately got radio airplay and had the toughest of tough men crying they, too, wanted to be lesbians. She released her debut album, "Introducing...Hello Saferide", in late September 2005, to a massive critical acclaim. "The strength of this album is that there are no weaknesses", wrote one reviewer. Her summer has been spent playing in front of thousands at nearly every festival, and her anxiously anticipated follow-up, *Would you play this EP ten times a day*? has catapulted to number three in the Swedish charts, well on its way to gold. Annika was even declared the fourth sexiest woman in Sweden by QX Magazine, and song *Long Lost Penpal* featured in a recent episode og HBO hit Big Love. And all the hype is well-deserved. Annika's songwriting is sharp as a needle, packed with finely-wrought storytelling and deft turns of phrase, couched impossibly catchy melodies and just the slightest tinge of bedroom melancholy, causing the all-mighty Pitchfork to proclaim a "cuteness alert!"

Maia Hirasawa is a half-Swedish, half-Japanese singer with a background in jazz who has a knack for writing some damn catchy songs. She first came to attention as accompanying singer/instrumentalist extraordinaire in Hello Saferide, and is now starting to make her own
mark as a solo act, recently winning the 2006 Swedish Roland/SAMI award (for unsigned Swedish bands). As Annika herself says, has got the voice of an angel gone to hell and back - and the melody sense of Burt Bacharach. She has drawn comparisons with Regina Spektor, and like her, charms the crowd with her strong self-confidence and winning stage presence - and adorable smile.

The Poems are Glasgow's best-kept secret. The reclusive quintet rarely play live, and are better known across the pond, thanks to the US label Minty Fresh, which released their debut album 'Young America' . They deliver lush, low-key chamber indie, with angelic sighs from Kerry Polwart and Amy Ogletree (daughter of Simple Minds drummer Mike Ogletree), existential philosophy from songwriter (and ex-Bluebells frontman) Robert Hodgens and the instrumental mastery of Adrian Barry (The High Fidelity) and Bobby Paterson (Love And Money). Full of chiming acoustic guitars, sweeping vocals, and grand arrangements, The Poems wear their gentle melodicism proudly on their world-worn sleeves. Their album features contributions from many of their famous friends, including Isobel Campbell, Norman Blake and members of Del Amitri and The Proclaimers, and their songs have even featured on US TV show Grey's Anatomy."