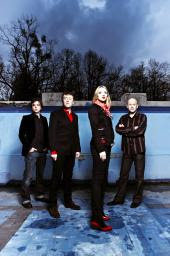 SOME MORE NEWS OF THE GOOD VARIETY...

The Bambi Molesters "As the Dark Wave Swells“ will be released by Dancing Bear in Croatia. Release date February 7th!

11 fabulous new songs ready to take you on another road trip.

The album, produced by Chris Eckman, was recorded during spring and autumn 2009 in Zagreb. Glitterhouse Records is releasing the album in Europe in spring 2010. Tracklist is: 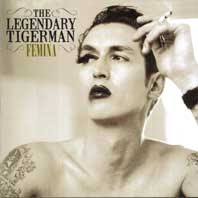 I’m pretty sure that this guy needs no introduction but this project opens up the blues gash and pairs him up with various femme fatales. Imagine Mark Ronson if he had any sense of undulatory gratification. A sleaze noir concept that combines The Cramps stripped down sensibilities with a Rev/Vega/Stereo Total take on Nancy and Lee variations with a couple of shots of Porter Wagoner. The dark side of Dean and Britta.

The Legendary Tigerman is the alter ego of Paulo Furtado and “Femina” (Metronomo/Discos Tigre) is sophisticated minimalism. The visual aspect is captured on a companion dvd with super 8 clips punctuating the ooze and throb of the music. There’s a lot of smoking and I thought a lot about the juxtaposition of how David Lynch shoots cigarettes and how the remake of Gun Crazy carried a certification warning that it showed people smoking. The smoke itself seems to be some kind of metaphor for the way that the music threatens the convention of the typical “one-man band”.

The version of “Lonesome Town” with Rita Redshoes, another Portuguese artist is devastating in its simplicity. This could easily feature in Lynchland somewhere down the road. The streets may be filled with regret but this is really something. It’s like what you read that a Nick Cave record is like but never delivers. “Radio and TV Blues” is “TV Set” turned upside down and inside to be filtered though “Jukebox Babe”. Together with Asia Argento, he’s invented a new genre in argent(o)tronica. A virulent sonic mutant analog virus that should tickle any Nico heads out there.

Also conspiring with Paulo is Lisa K (Bellrays), Peaches, Phoebe Killdeer and Becky Lee plus other game ladies. “Femina” deserves to be bigger than that Moby record that was licensed every which way all over the world. It’s a modern sounding record that bonds the past, present and future of twisting the mainstream. And those accents, well those make it doubly exotic, especially Claudia Efe’s performance on “Light Me Up Twice”. Closing with a bizarro world George Formby uke twang take on Daniel J’s “True Love Will Find You In The End”. There’s a strange twinge of hope that’s akin to lighting a paper boat and sending it out.

Cave and Minogue this ain’t. Want to hear something that’s more fun than a whole case of White Stripe(s)? Get in touch with your “Femina” side. Spring for the deluxe edition. 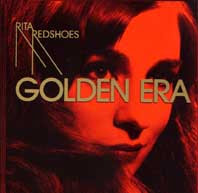 Rita Redshoes is also a Portuguese artist. She started off in a band called Atomic Bees and her first solo album, Rita R fuses a Neko Case type urban country with Maia Hirasawa’s outré pop. The result is a very satisfying strain of skewed AOR. Much stranger than Kate Bush, in an oddly peculiar parlance. >

It all comes down to great songs in the end and “Golden Era” has a strong set of those.

It’s all a touch Lynchian too with a spectral, filmic quality that suggests that there’s a real chance that this could creep across the whole world. “Dream On Girl” is an excellent example of this. If you heard it on the radio or in a store, I think you’d have to find out what it was. In our endless quest for new kinds of musical kicks, I’m seriously impressed with this and if it was still possible to be a true global star then I think this girl has a lot of the ingredients to take such a trajectory.

The world is just one big onion after all. Right?

The Del Lords are heading for Spain.

With a show in the best venue on earth when I'm in Stockholm.

A case of you cannae win 'em all.
Posted by Lindsay Hutton at 4:07 PM No comments: 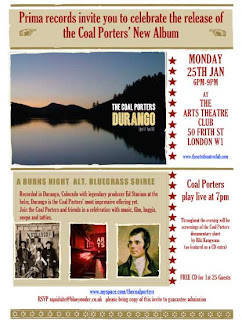