So that was Grindhouse... whoever decided it was a good idea to extend both movies into single features ought to be turned over to (this is not workplace-friendly) Eli Roth. There are two ways of looking and one of those involves those who wouldn't be interested. In that case, they should stay as far away from it as is humanly possible and let the rest of us enjoy the ride. It's stupid, it's gory, it's a homage to the genre(s) that made these guys what they are goddammit. The word on the bush telegraph when released in America was that "Planet Terror" was boring.

I imagine that those doing the bleating on that front were at the cinema and couldn't get a ticket for "Atonement" or some muckle pish.
I've said it before and I'll say it again - somebody should develop a TV series for Rose McGowan outta her character. "Death Proof" in it's shorter form works better, it's noticeably different in terms of build. All the excess padding is gone and funny that the "missing reel" containing the lap dance, turned up in time for the extended version. So anyway, most of our readers, I'd expect, would lap this up. Fans of Dave Dee, Dozy, Mitch and Tich as Jungle Julie calls 'em just prior to her dispatch never heard them like this on their old bedroom dansette I can tell you.
The intermission music was all Link Wray so the vibe was happening and Freddy Rodriguez character was called El Wray of Wray's Wreckery. It was a full house at The Cameo on a Sunday afternoon at 1.30pm so somebody is doing something right.

Cheech Marin in the "Machete" trailer is absolutely unstoppable and did you know that Katie Melua was in one of the fake trailers too? Neither did I. The soundtracks are fantastic and I get goosebumps when April March's "Chick Habit" blasts in on the close. This is going to be doing the rounds so see it, even if you've seen the individual films on dv-fucking-d. I don't care how big your TV is, this has to be seen in a cinema.

Nearly hung on to catch the Scorcese Stones film as a conduit to the Laki Mera show opening for Paul Haig but didn't quite have the stamina. The timing was a bit off as I forgot that the Grindhouse "feature presentations" would be shorter than the individual versions. What a daftie...
Posted by Lindsay Hutton at 6:45 PM No comments: 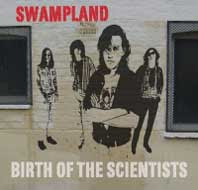 Never even knew this was on the go until I read Joachim Hiller's review in OX. Maybe Cherry Red will help get the other three-quarters over here to play?
Posted by Lindsay Hutton at 7:26 AM 1 comment:
Newer Posts Older Posts Home
Subscribe to: Posts (Atom)