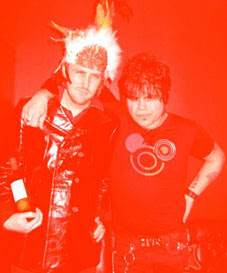 There’s a new RJaP in town but it’s not clear yet how it’ll be made available. As you know, the dissemination of music isn’t quite the same as it once was. There almost no deals to be made with conventional labels. The emergence of this situation makes it difficult to get stuff out there in a physical sense. Cost is the biggest hurdle, second only to the problem of getting any sort of profile. How does anybody find out that anything is actually out?

In addition to this, much "published" media is cut and paste. Opinion isn’t involved. I get bombarded with unsolicited mp3’s, most of which I don’t even open. Same with cds, There’s no room or time for stuff that I reckon will waste my and your time. A little quality control, I find, goes a long way.

So, I’ve written about Robert Johnson and his instro-antics many times. It should be taken as read that the guy is a stone genius. These latest recordings go under the heading of “100% Pot Success” and are the first to feature his work with Playboy-Marse. A seriously groovetastic bucketful of tunes, this is a two man crew with an ability to score imaginary movies like it used to take an entire orchestra. Throw in essence of Carpenter, Lynch/Badalamenti and Cluster and you’re beginning to sniff at the sonic sculptures the two have created. With titles such as “Good To See You Too Roky” (not to be construed as good to see U2, not funny in textspeak or otherwise) and “Don’t Touch That Dial Or I’ll Mangle Ya!!!” – what the hell’’s not to love. “Bollocks to Your Picnic Chit Chat” is a foray into Revl9n terrain with a full electronica assault. I think my favourite at this point is “Dub for Mrs Seigner”.

Word is that RJaP will appear in Stockholm with Bob Hund and Pascal in early May. That’ll be a hell of a night. Table cleared with the black straight into the top pocket everytime, RJaP delivers only premium rib rock action. Go here, hear ‘em for yourself.
Posted by Lindsay Hutton at 1:08 PM