To set the scene for this we have to travel back quite a time, to my 20th birthday and The Roundhouse in London. The Dictators opened for a troupe of stinking hippie opportunists and Jake Seath and I made the pilgrimage. A previous altercation here up north prevented us meeting our heroes that night. The dick (actually his name - nothing to do with Sir Richard Manitoba I hasten to add) that managed said faux-prog act wouldn’t let us through and that smarted a bit.

Not completely thwarted, I forwarded a package of fanzines to the band via Elektra who had just issued “Manifest Destiny” not really expecting anything. In those days though we’d already made connections and just a few months before, we’d met The Ramones.
I was a persistent wee blighter, even then. 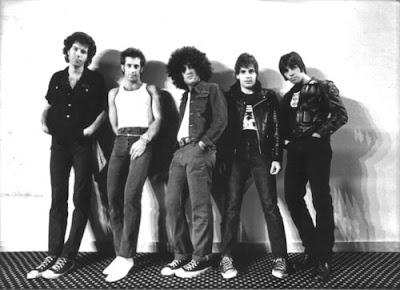 So a few weeks later, a letter arrives from one Richie Teeter – drummist with le Dictators at that point, it felt like maybe there was a god. From that point on the hook up was made. Not just with the band but with Ms Miriam Linna, one half of that supreme tag team – The Millers. Rich had given Miriam a copy of NBT and she wrote me enclosing a whole when of cool NY gear and issues of her Flamin’ Groovies zine. That was the beginning of a beautiful friendship that will last for all time. And keeping up the string, she worked for Marty Thau at Red Star. So I sent her a tape of Simple Minds demo and she passed it on to Howard Thompson, who I’ll be seeing “dahn the London” in just a couple of weeks, quite a few George Bailey points to be going on with there.

I also remember coming in one night and finding a demo cassette for Bloodbrothers that I played over and over. Rich also supplied the means for me to introduce “16 Forever” to The Nomads. This would ultimately set the scene for the "Three Generations of Master Race Rock"summit in Sweden. 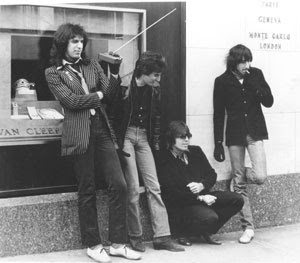 But anyway, this is just a long winded tribute to Ritchie. He was instrumental in setting out my stall in so many ways. Later today, I’m going to seek out our correspondence and reminisce. Hell, he and his wife almost attended my wedding way back longer ago than it’s safe to think about. You’ve heard him sing – if there was ever a voice that deserved to be on radio then it was his. After The Dictators, he formed VHF, an AOR-ish power pop combo that never got a break. They had one song in particular called “Kerry Please” that I recall being a smash in waiting. I need to retrieve that today too along with the "press kit".

I only ever met him once for a short period of time but I’m glad I did. Of course I wish it’d been more but as you well know, we seldom get what we want. So when I saw JP’s notice on fb yesterday my heart sank. How could this be? Hasn’t 2012 been bad enough that my friends are being picked off now in addition to family?

So I just want to publicly thank Rich for supplying the big beat that propelled me on this long, peculiar journey. My thoughts are with his friends and family. The only contact info I had for him was via the Sam Ash store, if anyone has an e-mail contact for his family, I’d sure appreciate you sending it on. 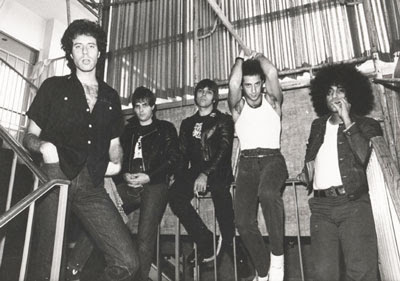 Dictators pics with Rich by Mr David Arnoff, don’t have a credit for the VHF shot but he’s the guy crouching.

Hi Lindsay, thanks very much for this post - it was a great read. I'm not sure if you will see this in time, but on the off chance that a) you dig up your VHF recordings, and b) you'd be able to digitize them, I would love to play something on my radio show tonight on WFMU (starts at 9pm US Eastern time) during which I'll pay tribute to Richie Teeter. Please feel free to drop me a line at evan at wfmu dot org if you're able. Thanks.