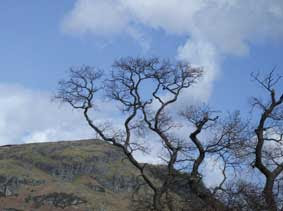 Hard to compute that it's 7 years today since Joey died. We could sure use him right about now...

I sometimes wonder what he thinks about his group becoming bigger than The Beatles.

The world has certainly gone down the pan since he exited dontcha think? "It's gonna be alright, it's gonna be OK". Aye right big fella.

Today this message came in from an old NYC pal...

I'm excited to announce the release of “Trains and Boats and Planes,” my first new recordings in three years.

"Trains and Boats and Planes" is a collection of covers, based around the title track by Burt Bacharach & Hal David. It is not being sold in stores, but is available now for download from iTunes, Amazon, eMusic, and most other digital retailers. I've posted two of the new recordings at My Space, and the entire EP is streaming at AOL Spinner and MP3.com this week.

After the birth of my daughter, I found myself at home more than I had been in years, having previously traveled a lot playing music. Walking the floors with an infant, I couldn’t shake the idea that a music life was moving faster somewhere out of my reach. My solace was time spent with my musician friends as we wrung every bit of emotion out of songs like "Trains and Boats and Planes." To satisfy the urge to move, we decided to record a set of songs using "TBP" as a theme, and to see where we could transport ourselves from the confines of a Brooklyn studio, crossing depths of water and hopping a few trains. By the time we returned to mix, my now not-so-tiny baby was tearing up the recording studio, and all felt right in the world.

The songs I've chosen to cover are "Wreck of the Edmund Fitzgerald" (Gordon Lightfoot), "Silver Wings" (Merle Haggard), "Howard Hughes Blues" (John Hartford), "Train of Life" (Roger Miller), and "Love Vigilantes," by New Order (I'm also honored to have my version of "Love Vigilantes" included on the soundtrack of the documentary film "Body of War"). If you chose to download the entire "album," you also receive three transportation-themed songs from my previous releases.

These mostly-acoustic sessions were recorded by Mark Spencer at his Tape Kitchen studio in Brooklyn, and feature Mark on guitars, Jimmy Ryan on mandolin, Jeremy Chatzky on bass, and Steve Goulding on drums. Ted Reichman contributed accordion to a couple of songs, and Jenny Scheinman lent her violin and voice to two tracks as well.

I'm not planning to play much beyond the New York area for now, but we hope to see you down the road somewhere soon!

No reason to be sad : Jeff Starship is probably currently singing in heaven, not yet with Paul Ramon, but maybe with John and George.