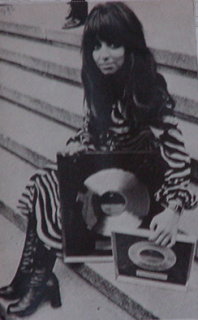 Sad news. I'm in Utrecht by co-incidence today and very briefly saw Jeroen earlier. I remember seeing her on Dutch tv a few times when I lived in Den Haag. They were a great band of their era. Here's the news feed:


The Hague (ANTARA News) - Mariska Veres, singer for the Dutch group
Shocking Blue who had a worldwide hit with their song "Venus" in 1970, died
Saturday aged 59, Dutch media reported.

Veres died from cancer. In 1970 "Venus" reached the top of the American
music charts but Shocking Blue did not have any other success that matched
their big hit. The group split up in 1974.

Their song "Venus" would go on to make it to number one in the American Billboard chart two more times: in 1981 by cover band Stars on 45 and in 1986 in a version by girlband Bananarama.

In the late 1980s Shocking Blue also served as an inspiration for grunge band Nirvana who covered the band's song "Love Buzz" on their 1989 debut album Bleach.

Oh that is so sad. One of my favorite band. Rest in Peace Mariska.

One of the main Dutch newspapers had the news of Mariska's passin' on page 14, while givin' lavish frontpage attention to the fact that Christina Aquilera (sp?) payed a visit to the Netherlands. More proof positive of our nation's ongoin' decline...

A study of the positions and relationships of the sun, moon,
stars, and planets in order to judge their influence on human
actions.it consists of interpreting the influence of stars and
planets on earthly affairs and human destinies

most people don't think twice about consulting with a doctor
and making an appointment or even about going through the process
of the surgery itself, the status of the patient's skin after the
fact is often not taken into account

Methods of transfer include a product or good being mailed,
hand-delivered or downloaded from an internet site.
It can be sent in the form of a facsimile, email or during
a telephone conversation.

Health is the functional and/or metabolic efficiency of an organism,
at any moment in time, at both the cellular and global levels.
All individual organisms, from the simplest to the most complex,
vary between optimum health and zero health